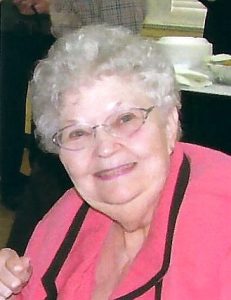 She was preceded in death by her parents, her husband, and two sons, Grady Thomas Bell and David Earl Bell.

In life, Helen was a member of Pleasant View Baptist Church, where she served on the food committee. She also worked as a seamstress her entire life.

A visitation will be held on Thursday, May 2, at 11 a.m., at the Davie Funeral Chapel in Mocksville. Immediately following, a funeral service will be held with Pastor Jerry Gwaltney officiating. Interment will follow at the Tabor Church Cemetery.

Donations may be sent in Helen’s memory to the Brenner’s Children’s Hospital or to The Red Cross.

Funeral arrangements are under the care and direction of Davie Funeral Service of Mocksville.