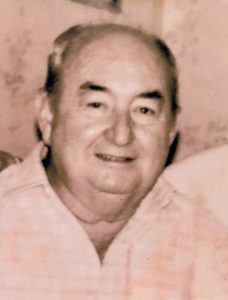 Eugene Ivory Redmond, 88, of Stony Point, passed away on Saturday, May 11, 2019 at Valley Medical Center in Taylorsville after a period of declining health.

Born to the late William and Lavinia Redmond, he served in the US Army and was of the Baptist faith. Eugene enjoyed fishing, attending gospel concerts, and loved the activities at Valley Nursing Center.