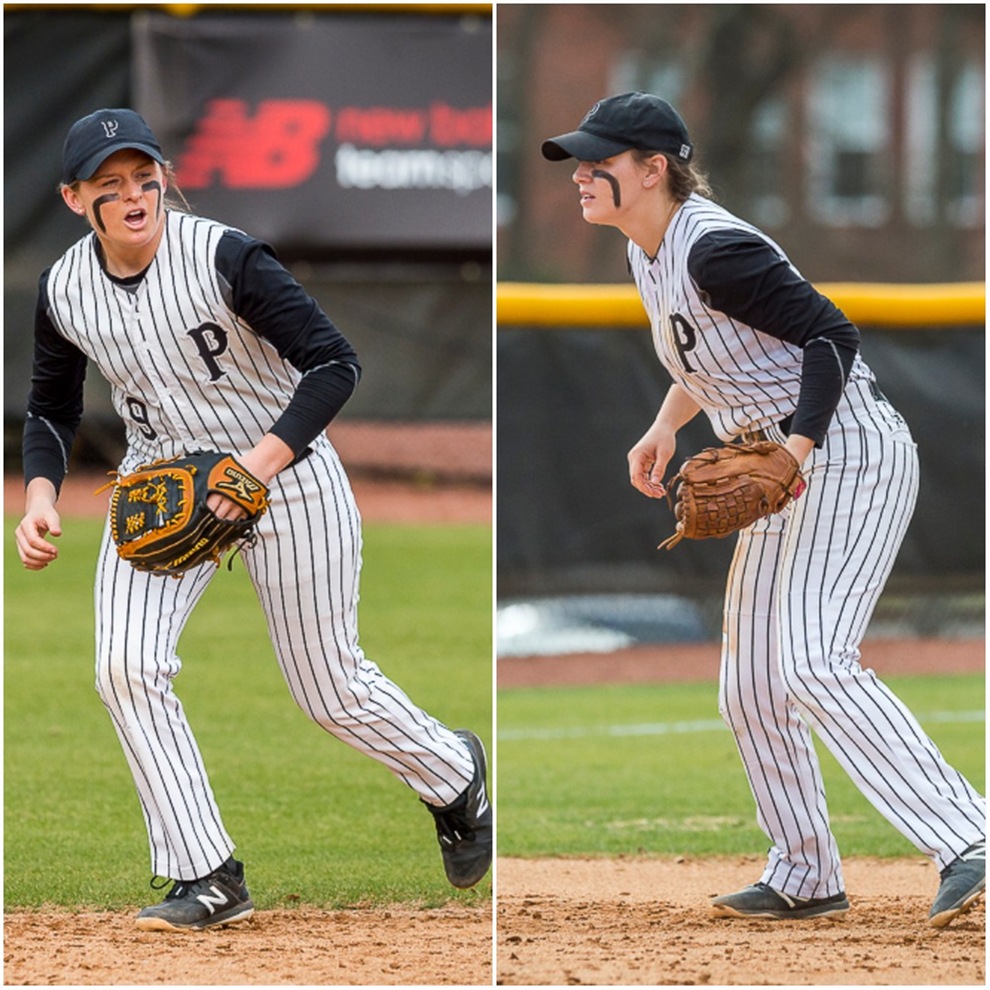 Misenheimer, N.C. (May 15, 2019) – A pair of Pfeiffer University softball players have been tabbed first-team All-Region selections by the National Fastpitch Coaches Association.

Makenzie Pennell, a junior second baseman from Taylorsville, N.C. earned the award after finishing the 2019 season with a USA South-best .489 batting average.  She also led the league with 67 RBI and was second in home runs with 14 round-trippers.  She also led the conference in hits (68), doubles (18) total bases (136) and slugging percentage (.978).  Defensively, she recorded a .966 fielding percentage.

Senior teammate Vada Blue Sherrill was also tabbed a first-team selection.  This past season Sherrill batted .482, finishing with 58 RBI and led the USA South in home runs with 15.  She also was the league leader in stolen bases (52), runs scored (75) and doubles (18). She also delivered a .936 fielding percentage while manning shortstop for the Falcons.

Sherrill completed her Falcon career as the leader in every major offensive category and became the only person in NCAA history, regardless of division, to reach 200 hits (251), runs scored (255), RBI (200), and stolen bases (201).

The squad is comprised of three 15-player teams in each of the country’s eight NCAA regions. All-Region players are nominated and selected by NFCA member coaches in each of the eight Division III regions. First team All-Region choices are eligible for selection to the NFCA All-America team, which will be announced the evening of May 22 online at NFCA.org and in person at the NCAA Division III Championship banquet in Tyler, Texas.