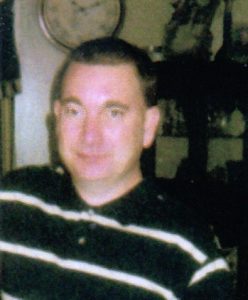 Phillip Edward Pennell, 45, passed away in Carolina Medical Ctr. Concord, on Thursday, May 23, 2019.

Born to the late Leon Morgan Pennell and Mary Cleo Woodring Pennell Griffith, who survives, he was of the Baptist faith. He was retired, having been employed by Davis Specialty, of Taylorsville, and Farley’s Furniture Manufacturing, Conover. He was an avid fisherman, camper, enjoyed wrestling, and playing video games.

In addition to his mother, he is survived by his stepfather, Randy Griffith of Taylorsville. Phillip has one son, Jonathan Pennell of Fort Bragg; two sisters, Beverly Watts and husband James of Hiddenite, and Amy Pennell of Yadkinville; his grandmother, Naomi Woodring Bowman; a niece, Holly Bentley of Taylorsville; and a nephew, Brandon Pennell of Taylorsville. A special family friend, Joe Mitchell, has been a care giver during Phillip’s illness.

Memorials may be made to the Phillip Pennell Memorial Fund, PO Box 40, Taylorsville, NC 28681.

Funeral arrangements were entrusted to Alexander Funeral and Cremation Service.