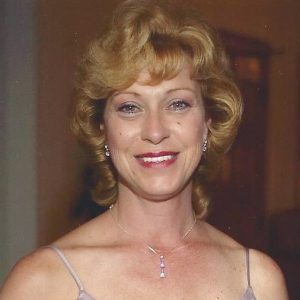 Lark Annette Wilborn Overstreet, 61, of Statesville, passed away Saturday, May 25, 2019 at the Gordon Hospice House.

Mrs. Overstreet was born November 2, 1957, in Milwaukee, Wisconsin, and was the daughter of Doris Coats Jolly of Statesville and the late Franklin Wilborn. She graduated from Taylorsville High School and received her Associate Degree in Nursing from Mitchell Community College. She was a Registered Nurse and was married to J. Thomas Overstreet.

In addition to her mother and husband, she is further survived by one son, Aaron Ennis (Tabrina) of Charlotte; two daughters, Lamenda Cashion (Jamie) of Statesville, and Lori Overstreet of Boone; three grandchildren, Aden Ennis, Collin Ennis, and Anna Cashion; a sister, Robin Wilborn of Statesville; two brothers, Tony Wilborn of Mountain City, Tennessee, and Terry Fox of Taylorsville; and a number of nieces and nephews.

Private funeral services will be held at a later date.

Troutman Funeral Home is serving the family of Lark Overstreet.