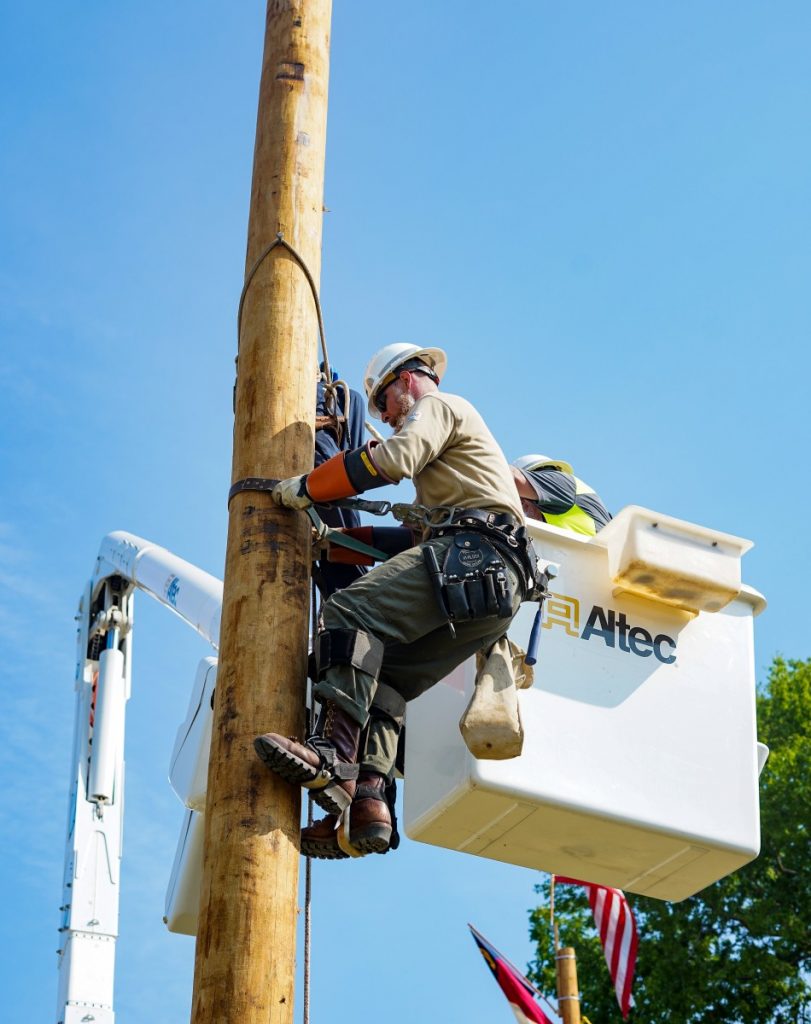 Levi Fagan, a lineman for EnergyUnited based in Lake Norman, earned the title of state champion on Thursday, May 30 at the 16th biennial Pole Top Rescue Competition hosted by North Carolina’s electric cooperatives in Raleigh. The competition pits line workers against the clock and each other as they demonstrate the technical skills, safety knowledge and rescue expertise required to work on electric utility lines. Fagan’s time of 1.36.44 minutes was the fastest of all 23 competitors at the May 30 event and earned him a $1,000 prize.

Fagan has worked with EnergyUnited since 2014, but he has always had an interest in electricity. His father, Sandy – a senior crew leader for EnergyUnited in Taylorsville – was the greatest influence who sparked his interest in following the career path of a lineman.

The spark that his dad started wasn’t short-lived. Levi is still very passionate about his work and the opportunities he has had to serve others through his career as a lineman. He also believes the biennial Pole Top Rescue Competition is nothing to take lightly.

“Line work is deeply rooted in our family history, going back to when my dad was first hired by EnergyUnited as a warehouseman in 1990,” Fagan said. “But the linemen I work with feel like family, too. So, while it’s great to win this competition, it’s important to remember what this is all about: being prepared to respond in a life-or-death situation involving the people you care about.”

During the competition, each line worker must simulate the proper safety and first-aid measures to take after discovering that a fellow line worker is unconscious atop a utility pole, specifically as the result of having contacted an energized power line. The competitor, dressed in full climbing gear, must radio for help, scale 20 feet up the utility pole, lower a 105-pound mannequin and begin lifesaving procedures. All North Carolina electric cooperative line workers must complete this same scenario in less than five minutes to maintain their certification to work on co-op lines.

“Safety is a priority for EnergyUnited and each of North Carolina’s electric cooperatives,” said Jason Wilson, job training & safety specialist for EnergyUnited. “The Pole Top Rescue Competition brings our commitment to safety and preparedness into focus, and we are proud of Levi for his dedication and professionalism.” 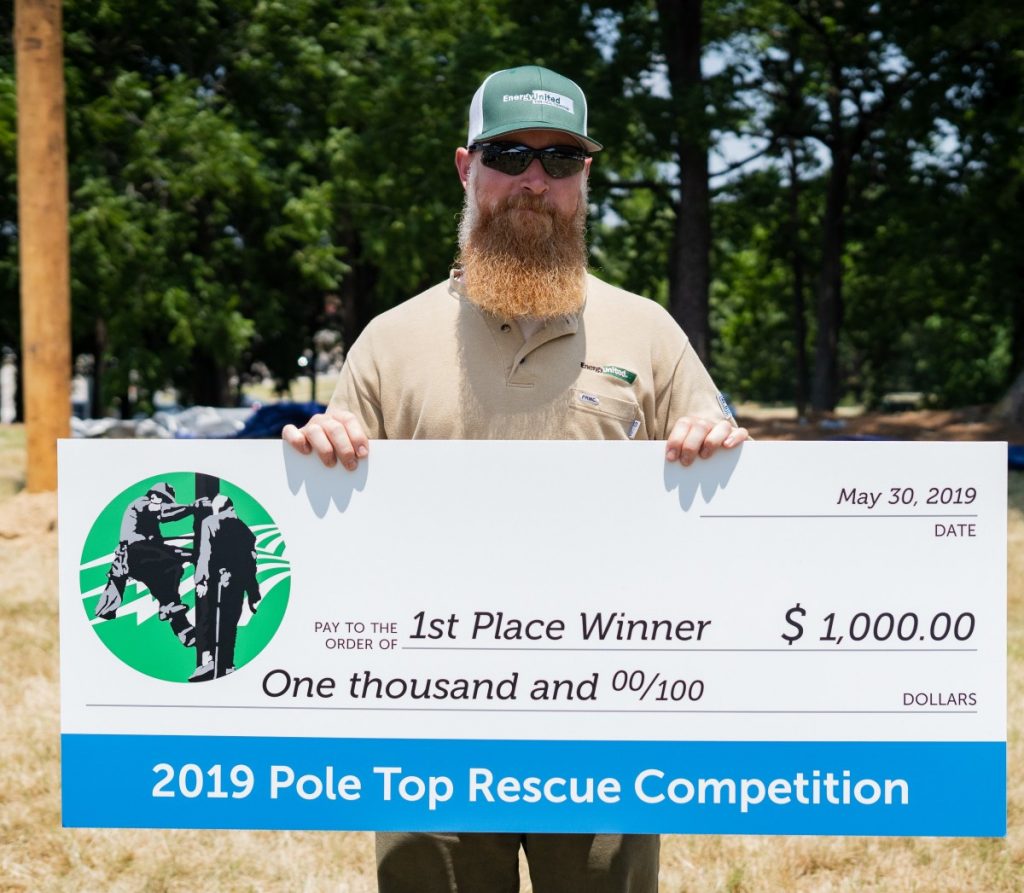