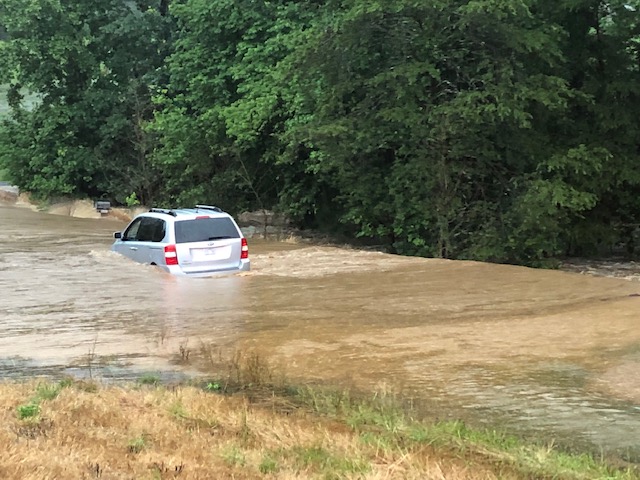 If you are traveling on Monday, June 10, 2019, there are several roads that have standing water, collapsed bridges, sinkholes, or other issues, so drive with caution and never drive around a barricade.

Saturday’s flooding, with additional rain Saturday night, caused several roads to either wash out or remain under water. More rain fell on Sunday, and light rains on Monday.

Officials advised motorists to stay off the roadways if at all possible, but use extreme caution if you must travel.

During the height of the flooding, Alexander County 911 Communications was inundated with calls and emergency radio traffic; callers should only dial 911 in an actual emergency.

The Catawba Valley Community College Alexander Center for Education in Taylorsville was closed on Monday, June 10, due to flooding.

According to a press briefing on June 10, Gov. Roy Cooper noted that over 80 swift water rescues had to be performed across the state in the past couple of days.

The state has a Flood Inundation Mapping & Alert Network available at www.fiman.nc.gov and motorists may check road status at https://drivenc.gov.