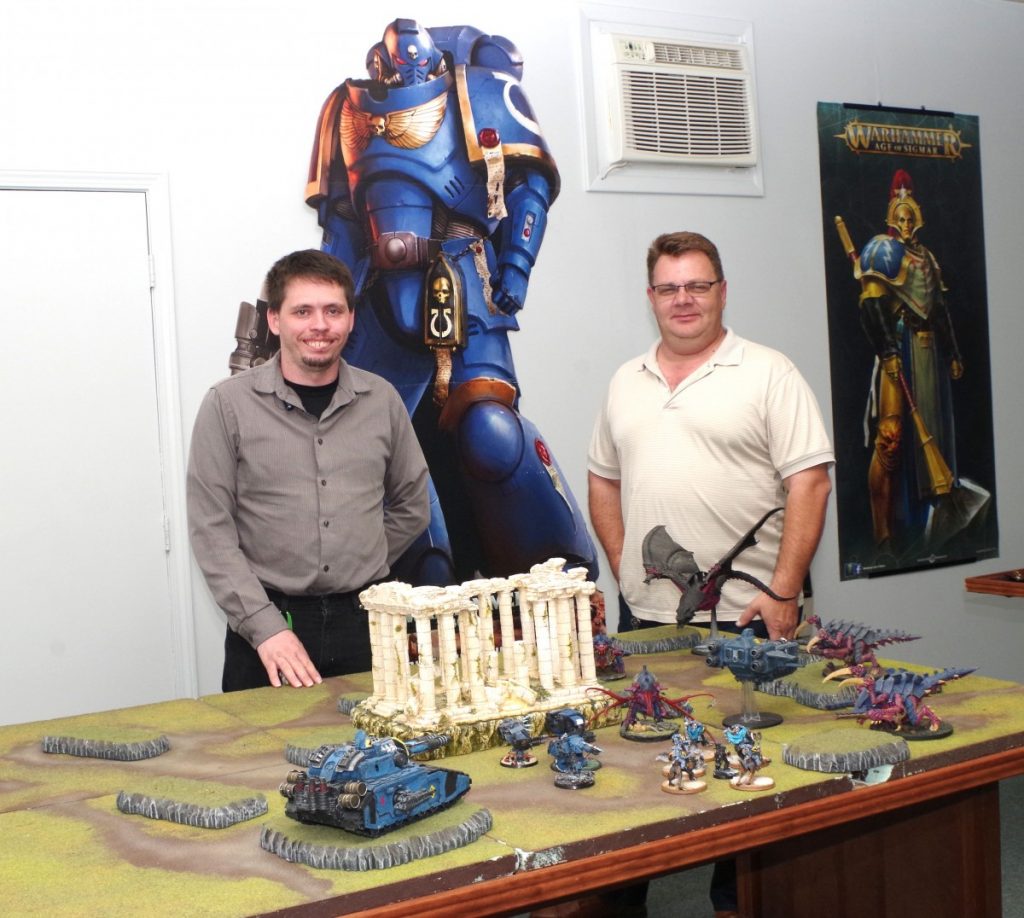 Where can kids and families go for a safe, friendly atmosphere to play tabletop games, and just “chill”?

Why no further than downtown Taylorsville, of course, the new home of The Labyrinth, a gaming club and kid-friendly hangout, at 125 East Main Avenue.

Nick Evans and business partner, Derrick Jones, noted that The Labyrinth began a little over two years ago in January 2017 in the former Jasper Group (old Lewittes) building near the former Alexander County Hospital site.

“We are a gaming club with a family fun environment for kids of all ages,” Nick explained. “It’s a safe place for kids to hang out.”

Dungeons And Dragons (DND), popular since the 1970s, is now in its fifth generation and has a robust following at The Labyrinth.

Nick explains that modeling and tabletop games help pull kids away from their TV screens. “You can have more fun with it, and you get more communication with people. It gets you to use your imagination,” he said.

Typically, players will create a character from a list of types with various tasks, quests, and equipment. For instance, one type of DND character is a Mage, which uses sleight of hand tricks to confuse enemies. Another is an Agent, a sort of rogue, with trap-finding and lock-picking abilities. Druids are characters who commune with nauture and get animals to help with their quest.

To join The Labyrinth Gaming Club and use the facilities costs $7 per day or $30 per month, with unlimited visits per month. Family plans are available. The first visit is free. Internet access and model storage are available. Snacks and drinks are, too.

A Movie Night with the Marvel series of films is planned. Many board games are in stock to play, too.

This weekend, Grand Opening festivities are set, including a Warhammer Demo Day on Friday, June 14. Then on Saturday, June 15, a 3-D printed entire first campaign of DND 5th Edition will be showcased, and D’s Food Co. food truck will be selling refreshments, all beginning at 2 p.m. (DND game starts about 3:30 p.m.)