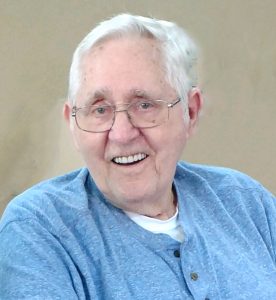 He was a US Army veteran who served in Germany as a combat engineer. He had worked as a supervisor for Southern Devices, before retiring, and was a member of Bethel Baptist Church. He enjoyed reading Westerns, was an avid Redskin fan, enjoyed playing golf when he was able, and also enjoyed watching NASCAR.

Including his parents, he was preceded in death by his wife, Peggy Joyce Payne Jones; four sisters, Beulah Pemberton, Doris Criss, Natella Blackwell, and infant sister, Carolyn Jones; and a brother, George Jones.

A service to celebrate his life will be held at 3 p.m., Monday, June 17, 2019 at Bethel Baptist Church. Rev. Bill Smith and Rev. Ervel Jones will officiate. Burial will follow in the church cemetery with flag folding ceremony. The family will receive friends one hour prior to the service.

Pallbearers will be Ken’s sons and grandsons.

The family would like to express a sincere thank you for every act of kindness or visit to our loved one and also to the staff, nurses, and caregivers at Valley Nursing Center.