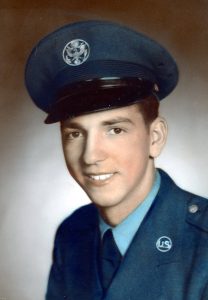 A Funeral Service will be held at 2:00 p.m. on Friday, June 21, 2019 at the Forbis and Dick North Elm Street Funeral Chapel. Interment will follow at Lakeview Memorial Park Cemetery. The family will receive friends from 6:00 – 8:00 p.m. on Thursday at the funeral home.

Mack was born on August, 27, 1931, in North Wilkesboro. He was the son of the late Mack Beech Blankenship, Sr. and Bertha Estella Clanton Blankenship.

He was preceded in death by his son, Mark Blankenship, and his granddaughter, Katelyn Lynch.

Mack was a loving husband, father, and friend who never met a stranger. He was the captain of his high school football and baseball teams, but his favorite game was golf. He passed his passion for the sport on to his sons.

He served in the Air Force, during the Korean War, and was honorably discharged as a staff sergeant. He attended Guilford College and spent his 40-year career as a service sales engineer for Johnson Controls.

Mack was an active leader and member of Magnolia Street Baptist Church for over 60 years, providing inspiration and comfort to other members. His family was the most important thing in his life, and he helped organize annual reunions.