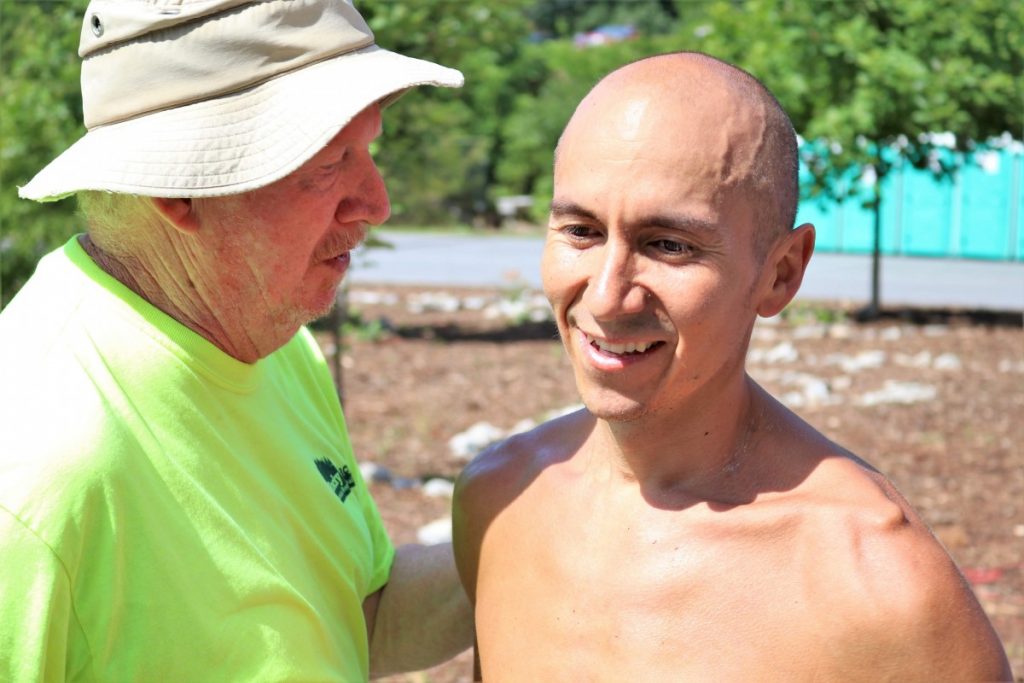 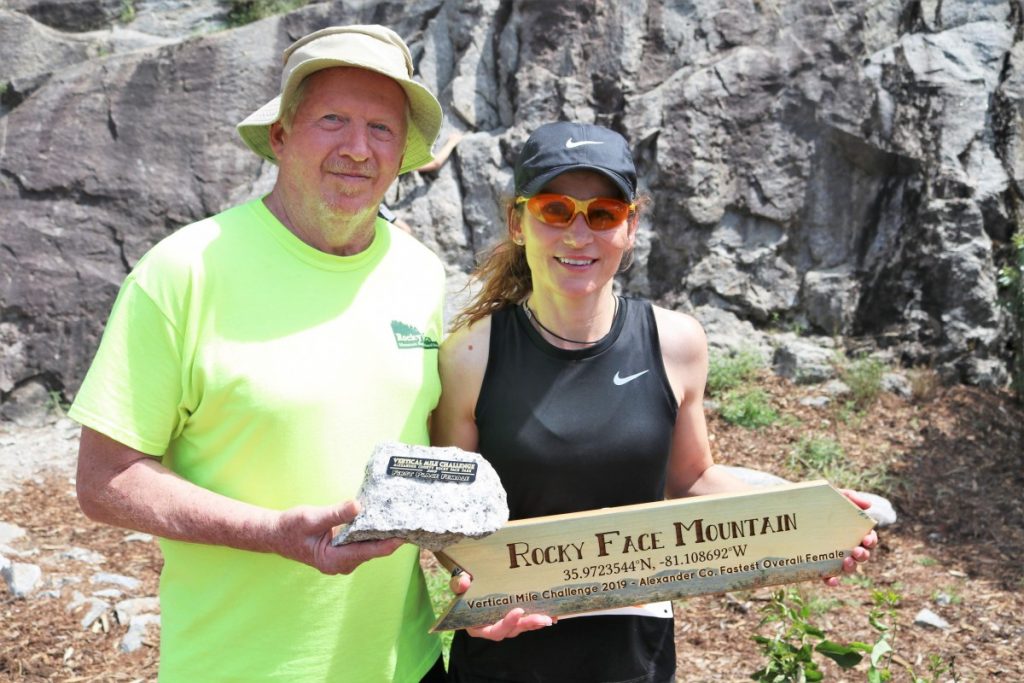 More than 200 runners from all across North Carolina and other states converged on Rocky Face Mountain Recreational Area on Saturday, June 15 for the 5th annual Vertical Mile Challenge (VMC) trail race. Of the starters, 184 runners completed the extreme trail race which continues to grow in popularity with the trail-running community.

Winstead and Barry Thomas were honored with wooden plaques donated by Relic Wood LLC, which wanted to honor the fastest male and female from Alexander County.

“We’re excited that the Vertical Mile Challenge trail race has grown so much over a period of only five years. We expect the growth to continue as word is spreading about the race difficulty, beautiful views, excellent trails, and helpful volunteers,” said Alexander County Manager Rick French, who served as race director. “We enjoy offering events for our citizens that also attract more visitors to Alexander County.”

The VMC race consists of eight 2.2-mile loops for a total of approximately 17.6 miles, all while ascending and descending a vertical mile (5,280 feet). Each loop, runners climb the “Stairway to Heaven” trail, which is a half-mile long with an elevation change of more than 500 feet at a 25 to 30 percent grade.