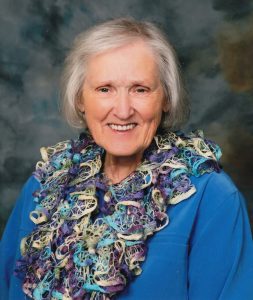 Born June 10, 1934, in Alexander County, to the late Arthur Ray and Floy Bell Benefield Ritchie, Mrs. Austin was retired as a Day Care giver to over 116 children, as well as having been employed by Kiser-Roth and Hollar Hosiery Mills in Hickory.

She was preceded in death by her husband of 48 years, Rev. Billy Junior Austin, as well as a sister, Tressie Ritchie Setzer.

Serving as a pastor’s wife, she worked tirelessly into her later years in VBS and Sunday School. She was a flawless seamstress and will be long remembered for her apple pies and chicken and dumplings. She was an avid flower and vegetable grower.

A heartfelt thank you goes to Carolina Caring Hospice of Newton for their excellent care of Mrs. Austin.

Visitation will be held on Tuesday evening, June 25, 2019, from 6-8:00 p.m., at Alexander Funeral and Cremation Service with funeral services on Wednesday, June 26, 2019, at 3:00 p.m., at Antioch Baptist Church, in Taylorsville, and burial will follow in the church cemetery. Rev. Mark Morris, Rev. Stuart White, and Rev. Larry Blakely will officiate. The body will lie in state thirty minutes before the funeral hour.