Seeing foxes during the day recently? If so, it is likely because kit-rearing season is peaking. Young foxes, called kits or pups, are maturing and spending more time outside of the den, making sightings more likely.

For homeowners and others concerned about foxes and their kits being too close for comfort, biologists with the N.C. Wildlife Resources Commission advise them to remove all food attractants from around a home and to use non-lethal deterrents to encourage foxes to leave on their own. 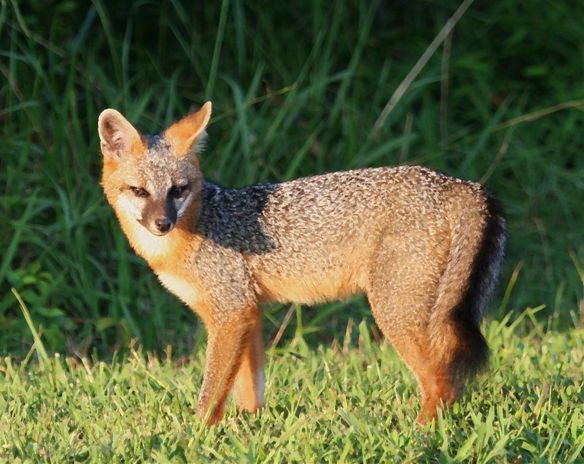 “This time of year people are seeing families of foxes roaming around, exploring their environment,” said Falyn Owens, the Commission’s extension biologist. “And while seeing foxes, even during the daytime, is usually no cause for concern, we understand that most people don’t necessarily want a family of foxes living so close to them.”

Owens recommends the following tips to keep foxes from making a home near your home:

*   Never intentionally feed foxes; doing so rewards them for coming near humans. This can lead to habituation, where a wild animal loses its natural fear of humans, and in some cases may become bold or aggressive.

*   Feed pets indoors or remove all food and dishes when your pet is finished eating outside. Foxes and other wildlife are attracted to pet food left outdoors.

*   Secure garbage in containers with tight-fitting lids and take them out the morning of pick-up rather than the night before.

*   Keep bird-feeder areas clean and use bird feeders that keep seed off the ground. Removing bird feeders entirely may be necessary if fox sightings are frequent.

*   Clear fallen fruit from around trees.

*   Close off crawl spaces under sheds, porches, decks, and homes so foxes, and other wildlife, can’t use those areas for resting or raising young. 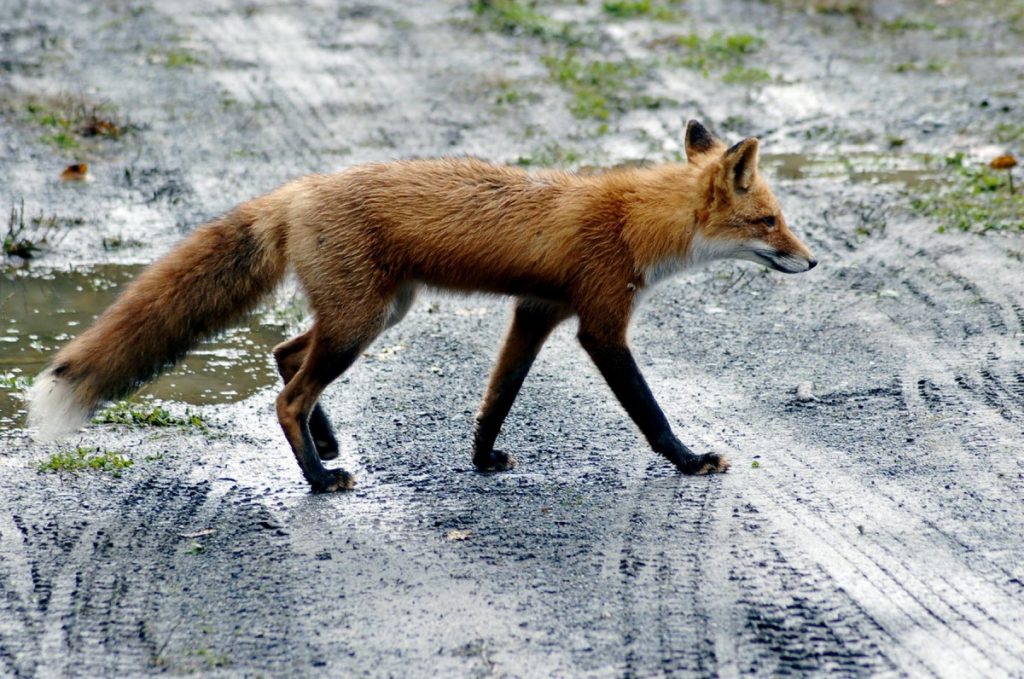 It is illegal to relocate foxes in North Carolina, in part to prevent the unintentional spread of diseases. Homeowners should try non-lethal deterrents to make foxes uncomfortable enough to want to leave on their own.

Owens suggested placing a flashlight or spotlight on the ground and pointed toward the den entrance. Another suggestion is to play a radio on a talk show station, 24 hours a day, 7 days a week until the foxes are gone.

“Yelling, banging pots or using other noise-making devices, such as airhorns and whistles, may be enough to scare foxes away,” Owens said.

Not everyone, though, wants to scare away foxes. Leaving a fox den alone is an option for homeowners, as long as they stay away from the den site, leave the kits alone, walk pets on a leash, and teach children to enjoy wildlife from a safe distance.

North Carolina is home to two species of foxes: the gray fox <http://www.ncwildlife.org/Learning/Species/Mammals/Gray-fox> and the red fox <http://www.ncwildlife.org/Learning/Species/Mammals/Red-Fox>. The gray fox is the state’s only native fox species; red foxes were originally imported from Europe. They are both relatively small canids, standing between 12 to 16 inches high at the shoulder and weighing between 7 to 15 pounds – much smaller than an average-size Labrador Retriever.

Both species are found throughout the state, including in urban areas and suburbs. As with other wildlife species, foxes are very adaptable to changes in habitat and often see residential areas as excellent places to forage for food and raise their young.

Foxes only use a den while raising their young, so once the kits are old enough to fend for themselves, usually by mid to late summer, they will abandon the den and move on.

If foxes are causing property damage and non-lethal methods have been ineffective, additional removal options are available. For more information, read the Commission’s “Coexisting with Foxes <http://www.ncwildlife.org/Portals/0/Learning/documents/Profiles/Mammals/Co%20exist%20with%20foxes_Update-2018.pdf>” handout.

For questions regarding human interactions with foxes or other wildlife, visit ncwildlife.org/Have-A-Problem or call the Commission’s N.C. Wildlife Helpline toll-free at 866-318-2401. The call center is open Monday through Friday (excluding holidays) from 8 a.m. to 5 p.m.