State Veterinarian Doug Meckes is reminding livestock and pet owners to be vigilant in their tick preventative measures during warm weather. Recently, the deaths of five cows in Surry County were linked to acute anemia caused by tick infestations. Samples were sent to the N.C. Division of Public Health, Communicable Disease Branch, for identification which confirmed Asian longhorned ticks.

“This is the fourth confirmed case in North Carolina since 2018, and the first case reported this year. Previous cases were found in Polk, Rutherford, and Davidson counties,” Meckes said. “The deceased young bull brought to our Northwestern Animal Disease Diagnostic Lab had more than 1,000 ticks on it and the owner had lost four other cattle under the same circumstances.” 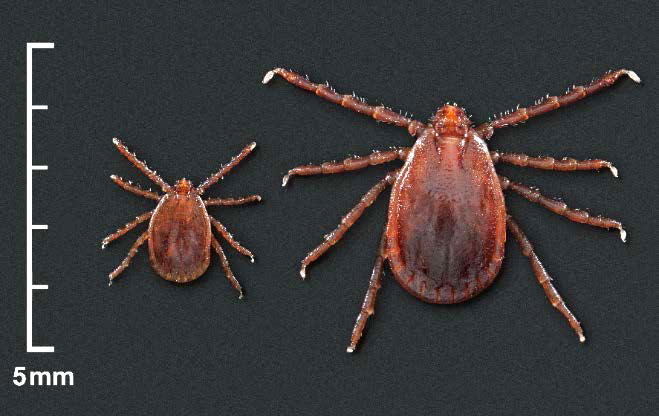 The Asian longhorned tick is an exotic, East Asian tick. The first case identified in the U.S. was in West Virginia from a tick taken from a white-tail deer in August 2010. Since then, 67 counties in the United States have confirmed local Asian longhorned tick populations. Virginia has the most counties with 24 confirmed. It is a serious pest of livestock in its native regions and the means of introduction into the U.S. is unknown. It is an aggressive biter and frequently builds intense infestations on animals causing great stress, reduced growth and production, and blood loss. The tick can reproduce parthenogenetically (without a male) and a single fed female tick can create a localized population.

While the Asian longhorned tick has not been linked to any human infection in the United States, the N.C. Division of Public Health, Communicable Disease Branch is working with NCDA&CS to understand its distribution and monitor for diseases it may carry. The finding of this tick in the state corresponds with a continued effort by the N.C. Department of Health and Human Services to identify ticks in all 100 counties of the state. Veterinarians are encouraged to submit ticks they find on clinical patients to help track and identify tick populations in North Carolina. If you are a veterinarian practicing in North Carolina and are interested in participating in this study, email Dr. Alexis M. Barbarin at NCTickID@dhhs.nc.gov.

Ticks attack people, domestic animals and wildlife. Prevention remains the best method to deter tick-borne illnesses. Protect yourself while outdoors by wearing long clothing, wearing permethrin-treated clothing, and using DEET, picaridin, and other EPA-approved repellants. It is also good practice to shower immediately once you return home. Checking for ticks can help deter tick attachment or allow for early removal. For domestic animals, talk to your veterinarian about effective options to treat your pets and livestock for ticks.