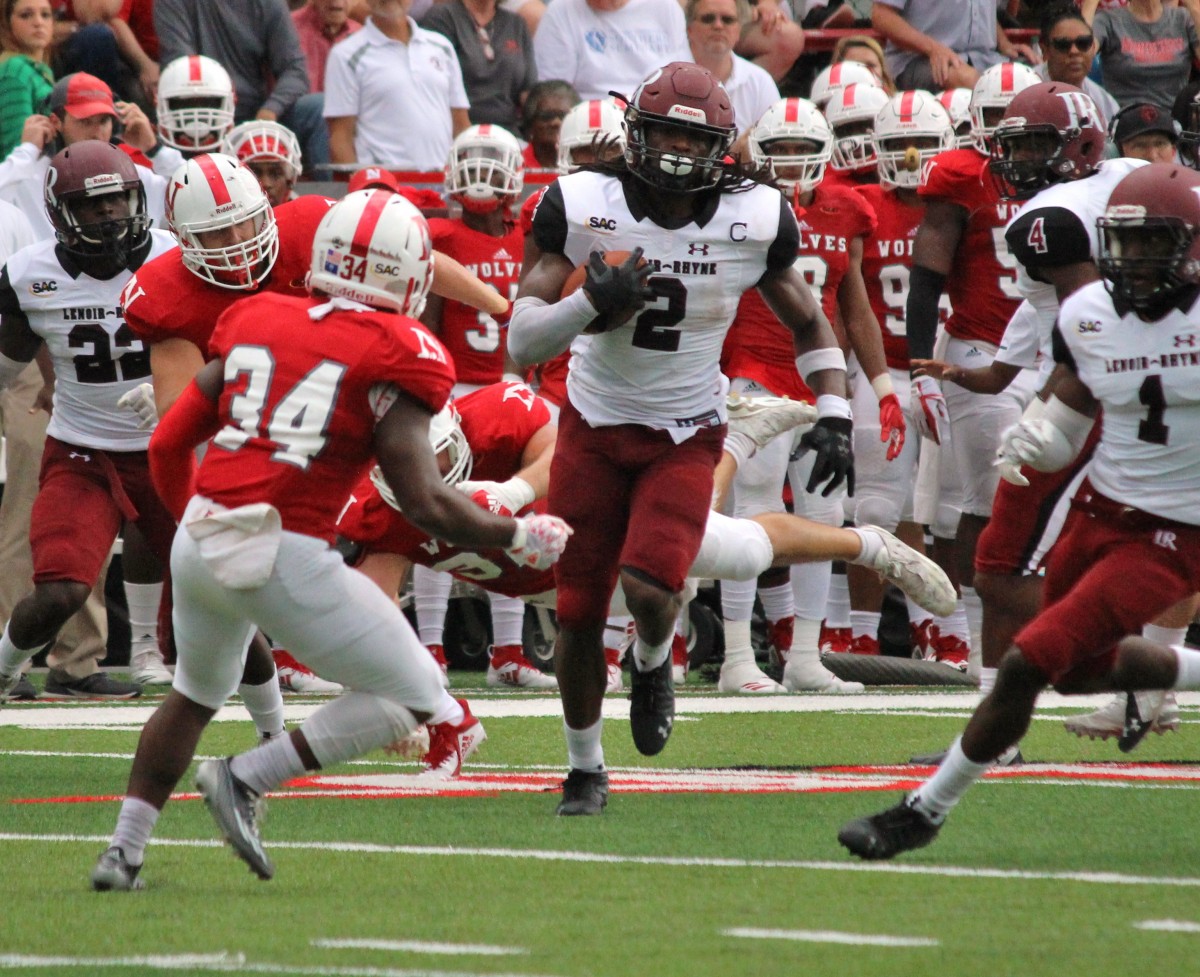 HICKORY, N.C. – After reaching the Third Round of the NCAA Division II Playoffs last season, the Lenoir-Rhyne Football Team has been selected as the preseason No. 3 team according to the College Football America Yearbook. The Bears are coming off a 12-2 season that saw them post a perfect 7-0 record in SAC play.

Additionally, OL Jason Poe and punt returner Kyle Dugger were named to the CFAY’s Preseason Starting Lineup, the organizations version of an All-American team. Poe is coming off an outstanding sophomore campaign that saw him bring home the Jacobs Blocking Trophy which is awarded to the best offensive lineman in the conference. Poe would go on to be named First Team All-Conference, First Team All-Region and a Don Hansen Second Team All-American. Dugger proved to be one of the best returners in the nation, finishing second in the nation in punt return yardage (534) and third in punt returns for touchdowns (2). Dugger was named the National Special Teams Player of the Week when he became the first player in program history to return two punts for touchdowns in the same game in LR’s 34-21 win over Newberry.

The 2019 College Football America Yearbook features more than 930 college football teams from the United States and Canada in more than 250 striking, full-color pages. That includes every team from the NCAA (FBS, FCS, Division II and Division III), NAIA, NJCAA, CCCAA and U Sports (Canada). It also includes updates on club football, one-year postgraduate prep/sports academies and Mexican college football, along with dozens of action shots and stadium photos taken by the CFAY staff.
The print edition is available online via Amazon.com and other major retailers such as Barnes & Noble and Books-A-Million.