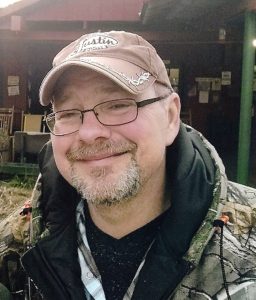 Lee Douglas Deal, Jr., 43, won his courageous, uncomplaining battle with cancer on July 20, 2019 and was awarded eternal life with his Lord and Savior Jesus Christ.

Doug was born on July 26, 1975 to Lee and Wanda Shew Deal, Sr. Doug worked with his father at L & D Heating and Air, was a member of Macedonia Baptist Church, enjoyed camping, deer and turkey hunting, fishing, spending time with his church and family, being the best son, and the best to all whom he loved and those who loved him.

Doug was preceded in death by both of his grandmothers, Margaret Deal and Carfene Shew, and aunt, Darlene Polk.

In lieu of flowers, the family has requested donations be made to Hospice of Alexander County, 50 Lucy Echerd Ln, Taylorsville, NC 28681.