A tragic scene unfolded on Wednesday, July 17, 2019, at Matheson Park, when a young mother died suddenly. 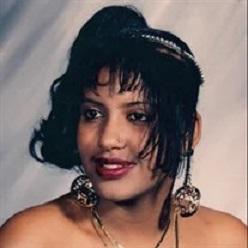 Sgt. T. Land and Ptl. Z.S. Hollar went to the aid of Parsons administering CPR. A doctor who was at the park, Dr. John Carson, took over care of Parsons. Hollar stated in his police report that CPR was administered for approximately 20 to 25 minutes, until Dr. Carson advised them to cease, and the time of death was called at 6:31 p.m. Wednesday.

Chief James noted there is nothing suspicious about Parsons’ death and the agency would not be requesting an autopsy.

Visitation will be Tuesday, July 23, 2019, at Alexander Funeral Service from 6:30 p.m. until 8:30 p.m. The funeral service will be on Wednesday, July 24, at St. John Baptist Church (224 Quail Hollow Lane, Taylorsville) at 3:00 p.m. The body will lie in state one hour prior to the funeral service. Burial will then follow at the St. John Baptist Church Cemetery.