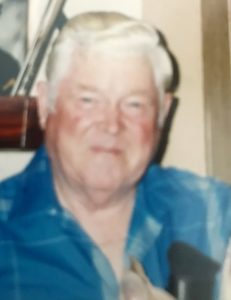 David was born on Friday, November 6, 1936, in Alexander County, to the late William Arthur and Mary Lola Earp Pennell. David was a retired sawmill worker and of the Baptist faith.

David leaves to carry on his memoiries  his daughters, Kathy Pennell of Taylorsville, and Brenda Boles and Keith Boles of Taylorsville; a sister, Betty Southard (Ramon) of Harmony; three grandchildren, Kendell Hill, Victor Boles, and Elizabeth Boles; and a host of nieces, nephews, and special friends.

The funeral service will be conducted Sunday, July 28, 2019 at 2:00 p.m. at Chapman Funeral Home. The body will lie in state 30 minutes prior to the service. The family will receive friends Saturday, July 27, 2019 from 6:00-8:00 p.m. at the funeral home and at other times at their respective homes. Burial will follow in the Lands Cemetery.

Chapman Funeral Home is honored to be assisting the family of David Herman Pennell Sr.