“I am thrilled to announce the addition of Taylor Wike to our staff,” Chastain said. “She has great energy and is an up and coming assistant coach in our industry. Taylor is a North Carolina native with a lot of recruiting ties to the state. She is an extremely hard worker who will be able to build upon the success of the 49ers offense.”

In her one season with the Gamecocks, Wike helped guide them to 38 wins and a trip to the NCAA Tournament. 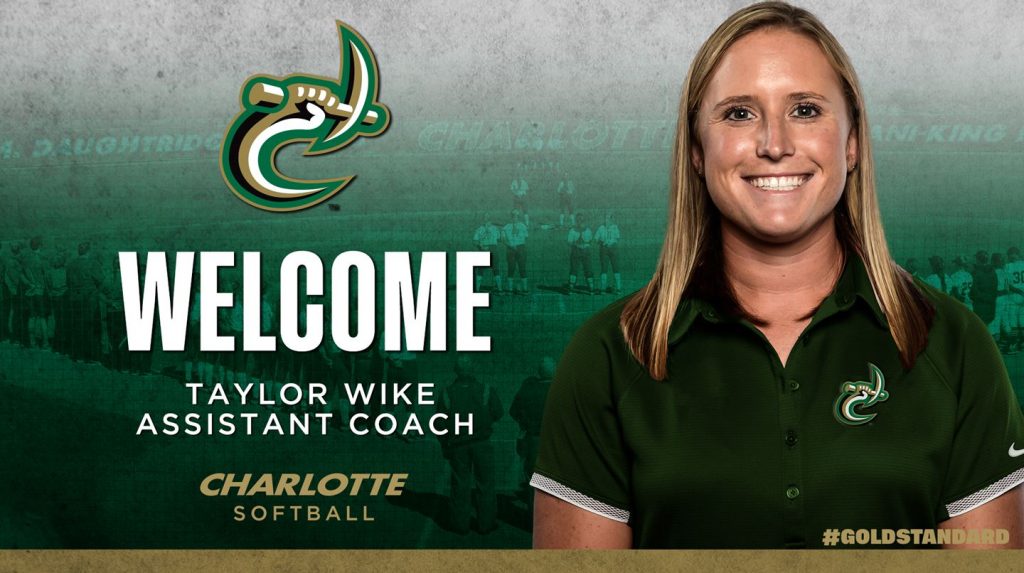 Before joining the Gamecocks coaching staff, Wike spent four years as a standout middle infielder for the North Carolina Tar Heels. In her time at UNC, Wike earned All-ACC honors in each of her four seasons while starting a staggering 225 games. She was named the 2018 ACC Defensive Player of the Year. She also holds school records for career walks (122), assists (451) and double plays turned (48). She is ranked 23rd all-time in NCAA softball history for walks.

A native of Hiddenite, North Carolina, Wike led the Tar Heels to three consecutive NCAA Tournaments from 2015 to 2017. Wike had an impressive career batting average of .355 while slugging .565 and garnering a .465 on-base percentage. She was named to the All-ACC Tournament team in both 2016 and 2018 and was a finalist for NFCA National Freshman of the Year in 2015. She earned NFCA All-Southeast Region honors as a junior and a senior.

In 2018, Wike graduated from North Carolina with a degree in Exercise and Sport Science.

“I am extremely honored to be joining such an amazing staff at a university with unlimited possibilities,” Wike said. “I cannot thank Coach Ashley enough for this opportunity and I am excited to work alongside her and Coach Anthony (Aresco). I have been blessed to learn from some of the best in our sport coming from both Carolinas and I am looking forward to contributing to the development of a championship program here at Charlotte.”