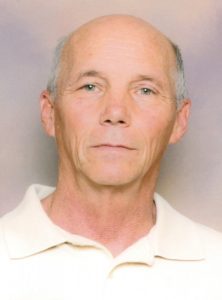 He was born on November 25, 1952, in Fayette County, West Virginia, to the late Charles Eastman and Patricia Mae Blake Eastman Gauze. During his career, he worked as a machine operator for PGI Manufacturing in Mooresville.

Ivan attended Westminster Church of God, was an avid Bible reader, and enjoyed listening to Joy FM on the radio. He was very loving and dependable.

Along with his parents, he was preceded in death by his brother, Charles Eastman, Jr.

Those left to cherish his memory include his wife of 11 years, Margaret Ann Horne Eastman of the home; four daughters, Zoie and Chloe Eastman of the home, Lisa Flowers and husband Matt of Statesville, and Melissa Bailey (Ricky) of Chesterfield, Virginia; two sons, Ivan Eastman, Jr. and wife Kim of Troutman, and Dwayne Mitchell and wife Rebecca of Taylorsville; mother of his children and special friend, Robin Eastman White of Gastonia; two brothers, Sherm Eastman and wife Carol of Michigan, and Bobby Eastman and wife Carol of Kentucky; sister, April Harris and husband Kenny of Kentucky; stepfather, Claude “Buck” Gauze of Inez, Kentucky; stepmother, Shirley Eastman of Michigan; also survived by Michael and Rhonda, Tracy and Terry, and Rick and Bonnie, all of Michigan; along with several grandchildren, cousins, nephews, nieces, aunts, and uncles whom he loved and leaves behind.

The family will receive friends on Friday, August 16, 2019, from 6:00 p.m. – 7:30 p.m., at Alexander Funeral Service and services will follow at 7:30 p.m. in the funeral home chapel with Pastor Aaron Hollifield officiating. Inurnment will be with the family.