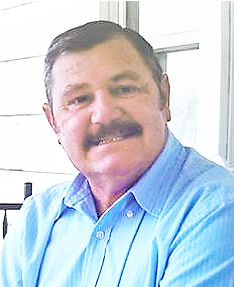 Billy Dean Burgess, 65, of Stony Point, passed away on Tuesday, August 13, 2019 at his home after an extended illness.

Billy was preceded in death by a granddaughter, Anna Reneé Burgess.

Billy leaves to carry on his memory his wife, Debra Lackey Burgess of the home; two sons, Chris Burgess and wife Kimberly of Statesville, and Brian Burgess and wife Sarah of Hiddenite; two daughters, Amy Burgess of Dighton, Kansas, and Melinda Presnell and husband Anthony of Stony Point; three brothers, Gary Burgess and wife Tona, and Jimmy Burgess, both of Taylorsville, and Kenneth Burgess of Gastonia; two grandchildren, Mason and Tony Presnell; and a number of nieces, nephews, and many special friends.

Condolences may be e-mailed to the Burgess Family by visiting our website at www.chapmanfuneralhome.com.

Chapman Funeral Home is honored to be assisting the family of Billy Dean Burgess.