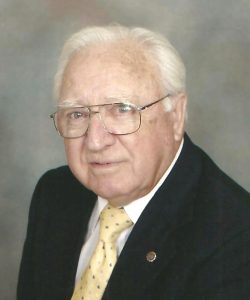 Mr. Deal was born January 31, 1927, in Alexander County, the son of the late Percy Deal and Hattie Bowman Deal.

He graduated form Taylorsville High School and received a business degree from Clevenger Business College. He retired from J.C. Penney as a store manager and was co-owner, with Mrs. Deal, of Western Auto and Deals Tru-Value Hardware Store.

He enjoyed dancing and comedy. He loved the outdoors, camping, and exploring. He dearly loved his family, especially the grandchildren and great-grandchildren; they always lit up his life.

He was a US Army veteran, who served in Headquarters Department of the 2nd Army during WWII. He was a life member of American Legion Post 48 of Hickory. He was a former president of Mayfield, Kentucky Lion Club, an International delegate for four years, a former member of the Toastmasters Club, the Moose Club, and the Exchange Club.

He served on the city council of Mayfield, Kentucky, and served as chairman of the Salvation Army Ser. Unit. He was awarded an honorary Kentucky Colonial for his service work by Governor Julian Caroll and again by Governor Wendall Ford. He was a stockholder of Adams Funeral Home.

Including his parents, he was preceded in death by a sister, Myrtle Austin, and two brothers, Arthur Deal and Cy Deal.

Those left to cherish and honor his memory include his wife of 70 years, Helen Josephine Kale Deal of the home; a daughter, Ronda Deal of Taylorsville; a son, Rodney Deal and wife Carolyn of Nashville, Tennessee; three grandchildren, Jessica Deal, Stephanie Howell, and Tiffany Howard; three great-grandchildren, Zayla Howard, Kaydance Howell, and Isaiah Howell; and two sisters, Linda Baker of Hickory, and Guilda Pennell of Conover.

The funeral service will be held at 11 a.m., Saturday, August 17, 2019 at Adams Funeral Home Chapel. Pastor Bill Orren and Rev. Mike Howard will officiate. Burial will follow in the Catawba Memorial Gardens. The family will receive friends one hour prior to the service. 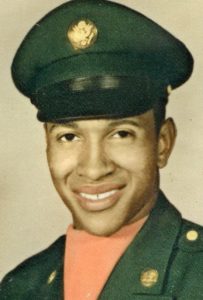