Two serious incidents have been reported at Alexander Correctional Institution this week, according to a state spokesperson.

An offender was assaulted by other offenders at Alexander Correctional Institution in Taylorsville at approximately 4:45 p.m. on Sunday, Aug. 18, 2019, according to John M.R. Bull, Communications Officer with NC Dept. of Public Safety.

Bull said two offenders are being investigated for their suspected involvement in the assault on offender Travis L. Cole (#0679477) with homemade weapons. Facility staff secured both offenders without the use of force or injury.

Local EMS was called and transported the injured offender for outside medical attention. The Department of Public Safety is fully cooperating with the Alexander County Sheriff’s office while they conduct the investigation. 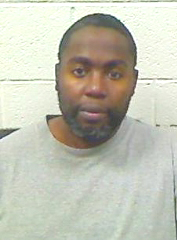 Also, Bull related that an offender set a small fire in his cell yesterday around 11:55 a.m. It was put out promptly with a fire extinguisher. No one was injured. A dozen other offenders were moved from their cells during the fire, were checked out by the medical staff and returned to their cells without incident.