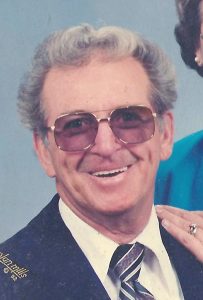 Omer Allen Alexander, 84, of Stony Point, passed away on Monday, August 26, 2019 at University Hospital in Charlotte.

Omer was born Friday, September 21, 1934, in Alexander County, to the late Earl Hoshaw Alexander and Ada West Mock. Omer served in the US Army and was a member of Masonic Lodge #593 Stony Point.

In addition to his parents, he was preceded in death by his daughter, Elaine Tomblin; five brothers, Paul Alexander, Hubert Alexander, Joe Alexander, Palmer Alexander, and Jack Alexander; and two sisters, Rose Maron and Cleo Alexander.

A Memorial Service will be conducted at 2:00 p.m. on Friday, August 30, 2019 at Bethel United Methodist Church. The family will receive friends following the Memorial Service. Rev. Ann Travener will officiate. Military rites will be provided and Masonic Lodge of Stony Point #593 will also provide rites. Memorials may be given to the charity of your choice.

Condolences may be e-mailed to the Alexander Family by visiting our website at www.chapmanfuneralhome.com.

Chapman Funeral Home is honored to be assisting the family of Omer Allen Alexander.