If it’s too good to be true, it probably is.

That is the case this month for one local resident, Leah Dula, of Hiddenite.

She was contacted by mail with a seemingly legitimate check, made payable to her, for $2,950.55 from a construction company in Aurora, Colorado.

Dula told The Times she contacted local as well as Colorado authorities about the check and the poorly worded letter that accompanied it, which had
awkward phrases like: “Attn; We hope this message meet you well.”

The letter claimed the check was being sent to pay Dula for placing a soft drink advertising decal on her vehicle for 15 weeks. The letter claimed the decal package would arrive separately in the mail. It also instructed Dula to go to an ATM, deposit the check using a debit or credit card, and snap a picture of the receipt and send to the company.

Dula said she didn’t deposit the check, realizing it was a scam. She said authorities in Colorado were investigating the check, which was made to appear as if issued by a legitimate bank.
The construction company named as account holder on the check is also a legimiate company in Colorado but was apparently not part of the “promotion.”

Alexander County Sheriff Chris Bowman told The Times that recipients of such mailed checks should be wary and should not cash the checks. He urged in such cases to report the scams to law enforcement. 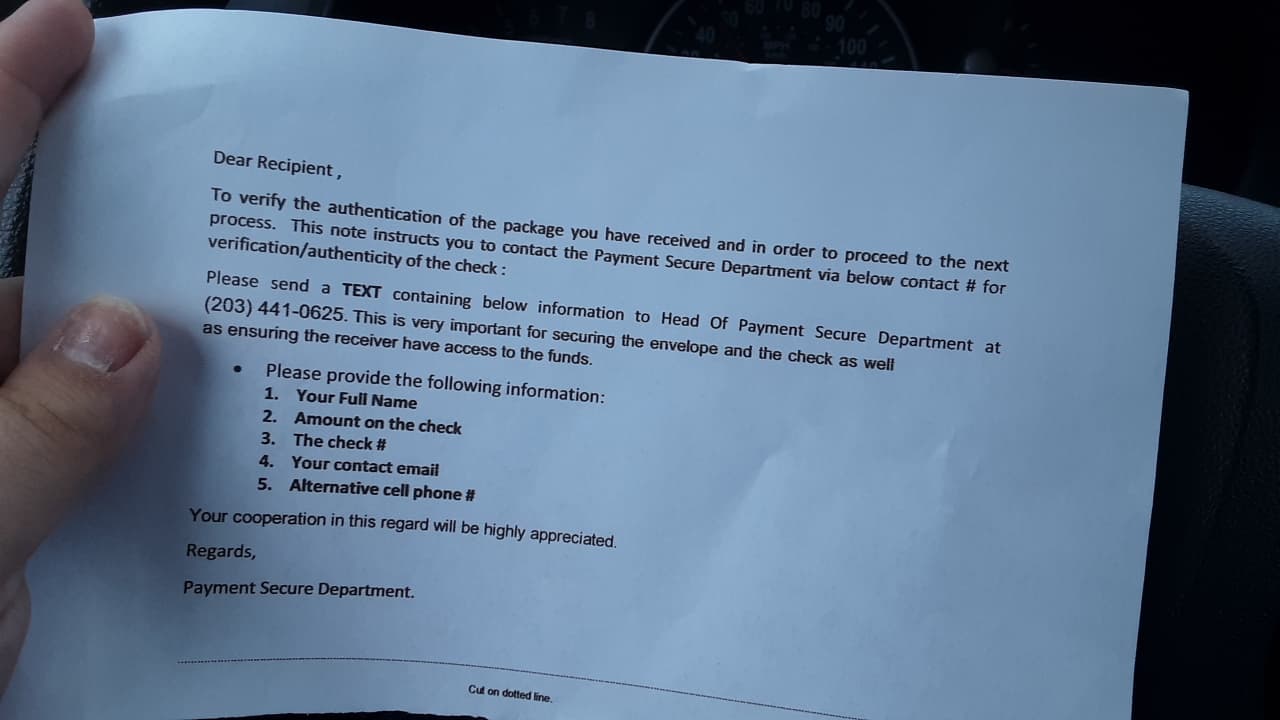