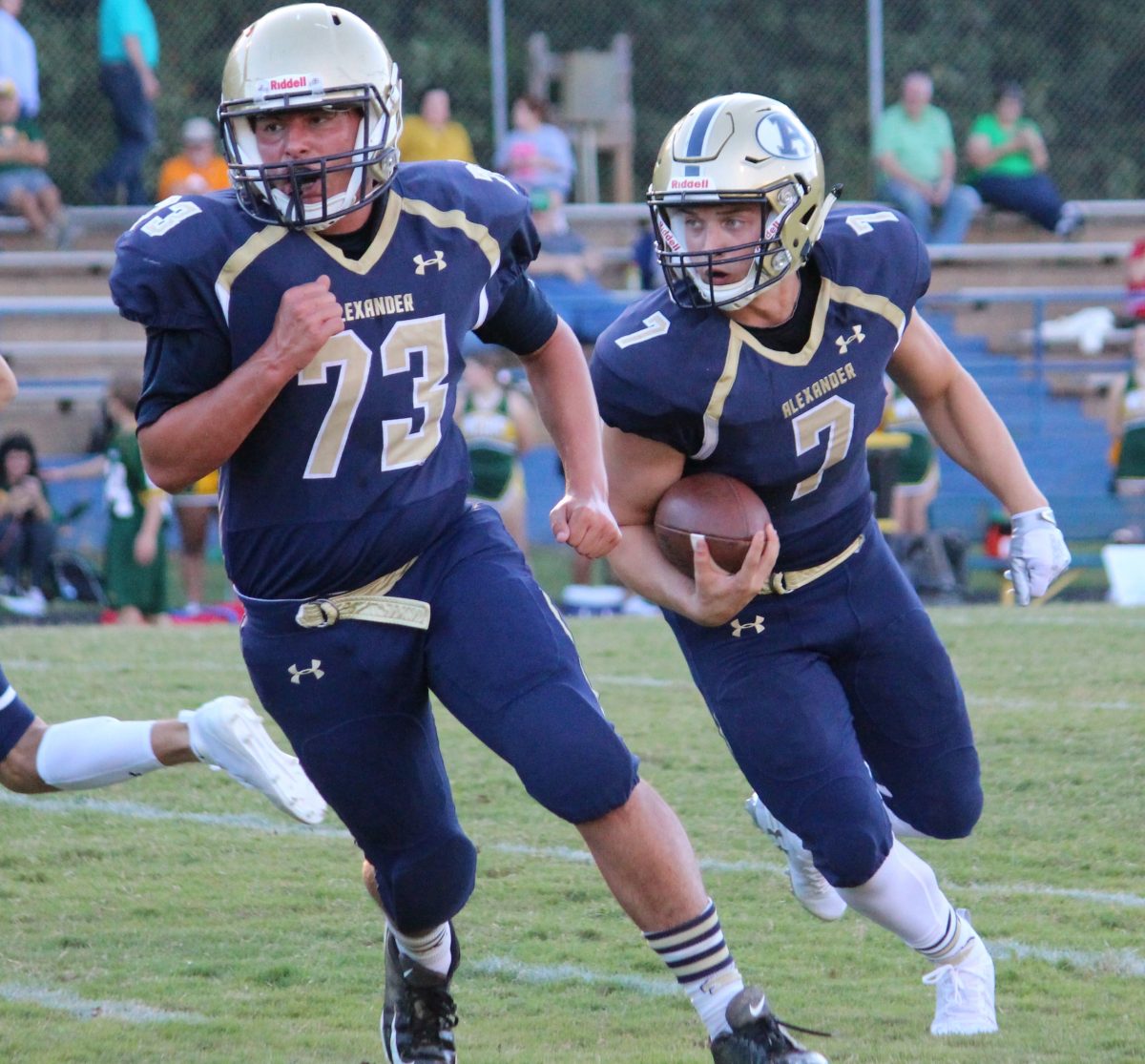 ACHS JV quarterback Harrison Brashear follows his block Josh Daniels (73) on his way to a nice gain vs. Wilkes Central on August 29, at Cougar Stadium.

The Alexander Central JV Cougar Football Team pulled away late to roll to a 28-16 win over the Wilkes Central Eagles on Thursday night, August 29, at Cougar Stadium in Taylorsville.

The young Cougars scored 20 straight points after the contest was tied at 8-8 in the first half. Alexander led 14-8 after three quarters before breaking the game open with a 14-0 run to start the fourth period. The surge gave the home team a 28-8 lead late in the contest.

The Eagles scored a late TD and two-point conversion to close the scoring.

With the win, the Cougars improved to 2-0 on the 2019 season and ran the program’s win streak to 34 straight games.

Harrison Brashear ran for a pair of TDs on runs of one and 33 yards, while Cam Lackey (five yards) and Luke Mitchell (25 yards) scored on TD each. 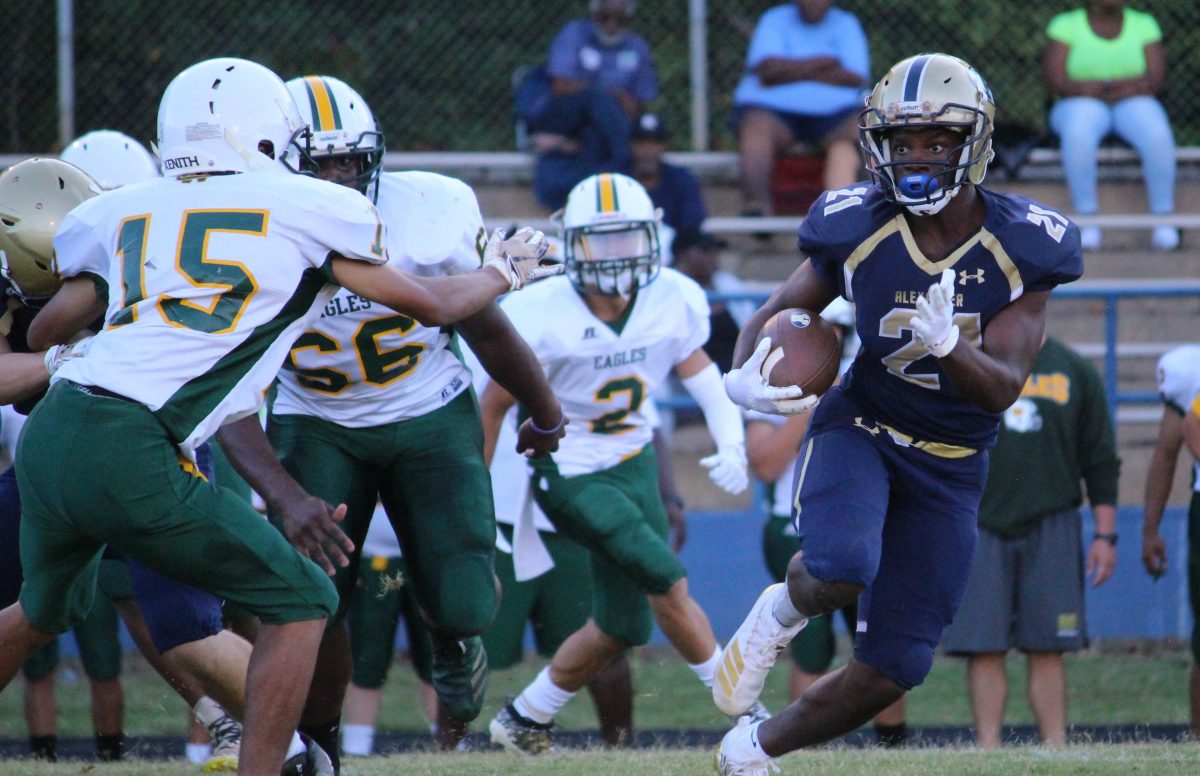 Cam Lackey, right, led ACHS in rushing for the second straight game, He finished with 82 yards and a TD.

Lackey led the Cougars with 82 rushing yards in the win. He carried the ball a team-high 15 times. Brashear ran nine times for 78 yards, while Caleb Williams gained 56 yards on six carries. Luke Hammer chipped in with 48 rushing yards on just three carries.

ACHS will enjoy an open date this week before returning to action with a road game at South Iredell High School in Troutman on Thursday, September 12. 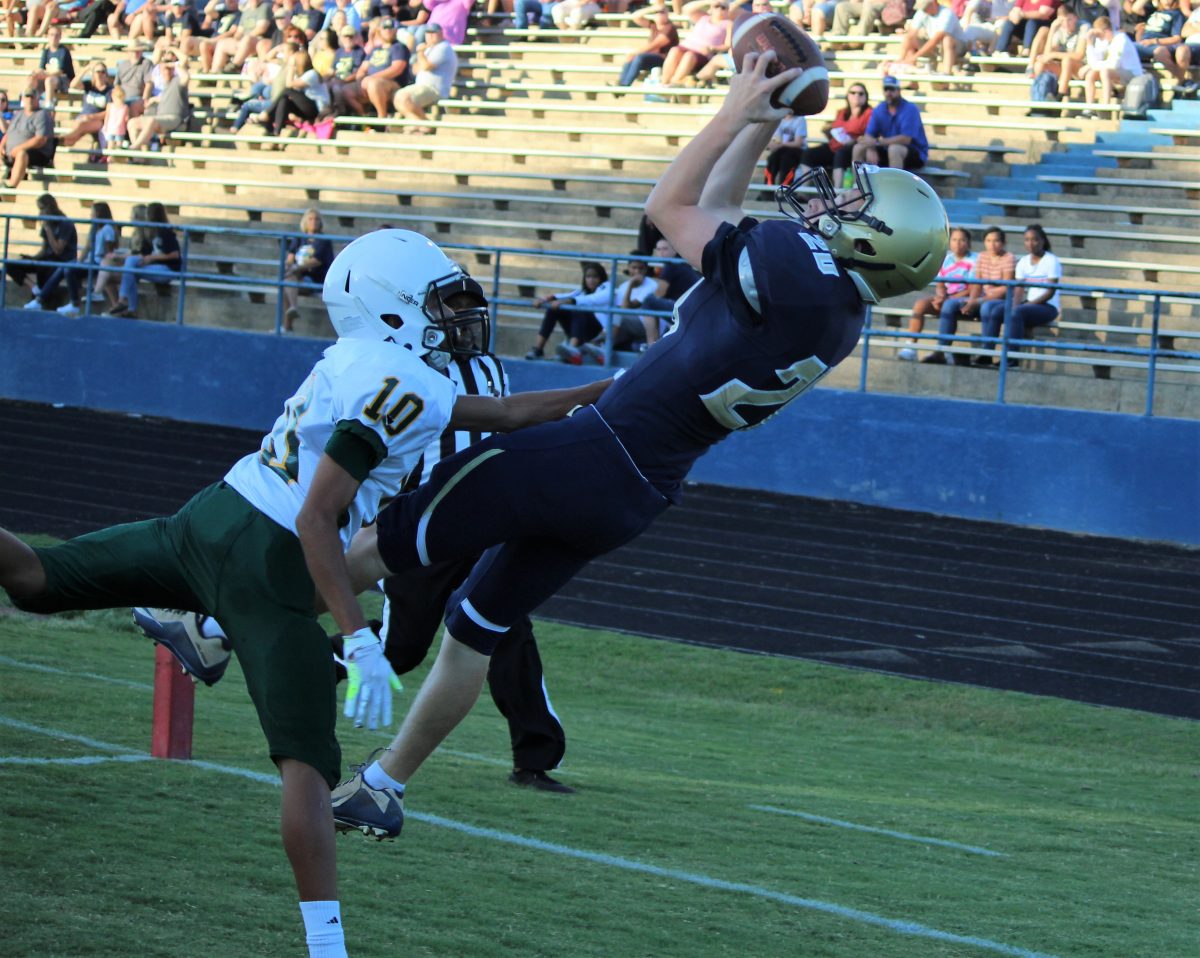 Josh Stubbs hauls in a two-point conversion pass from Harrison Brashear in the first quarter of Thursday’s home win.