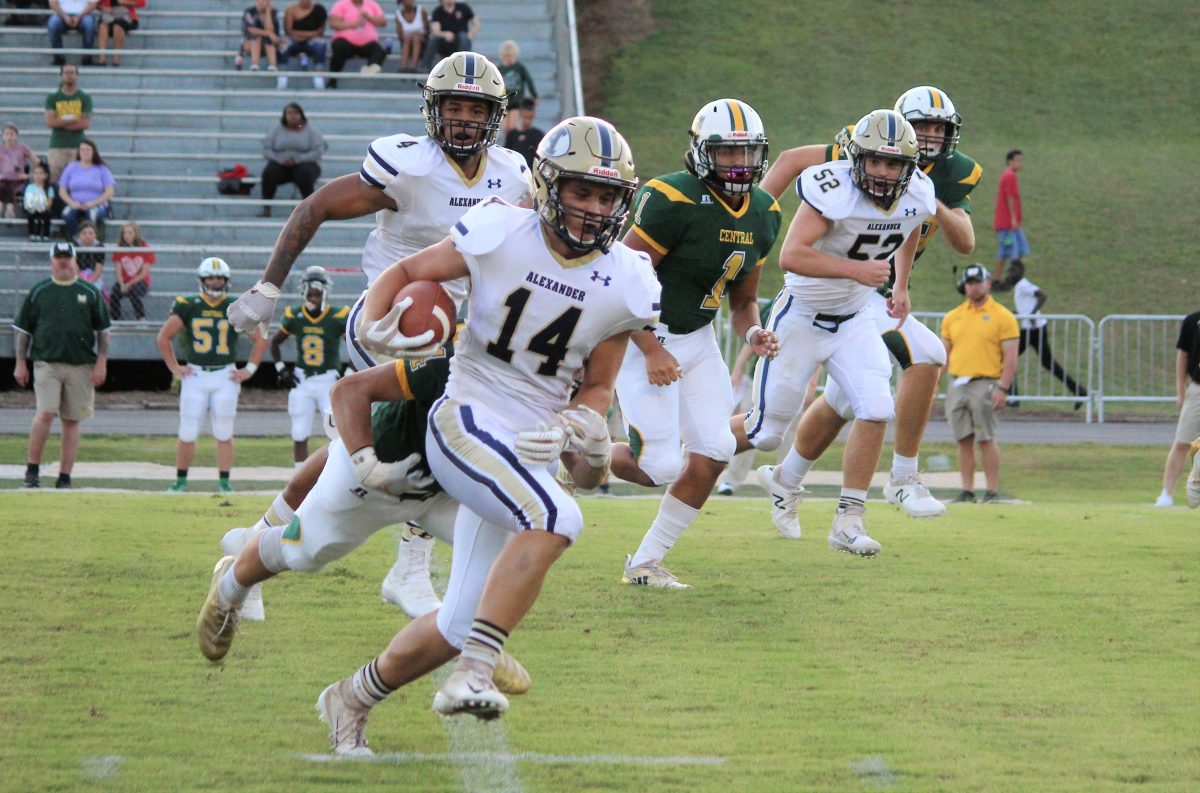 Alexander Central ran its record to 2-0 on the season with a hard-fought 28-12 win over Wilkes Central on Friday evening, August 30, at Wes Steele Stadium in Moravian Falls.

The Cougars scored the game’s final 14 points to pull away from the feisty Wilkes Central Eagles in the 40th meeting between the two schools. With the win, the Cougars upped their lead in the series 33-7.

Steven Montgomery led the Cougars with 114 yards on 14 carries with a crucial 52-yard TD run. QB Lance Justice and Dayente Calhoun added one rushing TD each. Through the air, Justice hooked up with Josh Abernathy for a 56-yard TD score.

On defense, Calhoun and Ryheem Craig led ACHS with eight tackles each, while Abernathy added seven tackles and a pass interception.

Wilkes Cental’s JoRaye Morrison was the game’s leading ball carrier with 185 rushing yards on 31 yards. He scored one TD.

The Cougars will play their home opener on Friday, September 6, at Cougar Stadium in Taylorsville. ACHS hosts Statesville (2-0) in the NCHSAA endowment game at 7:30 pm next Friday. 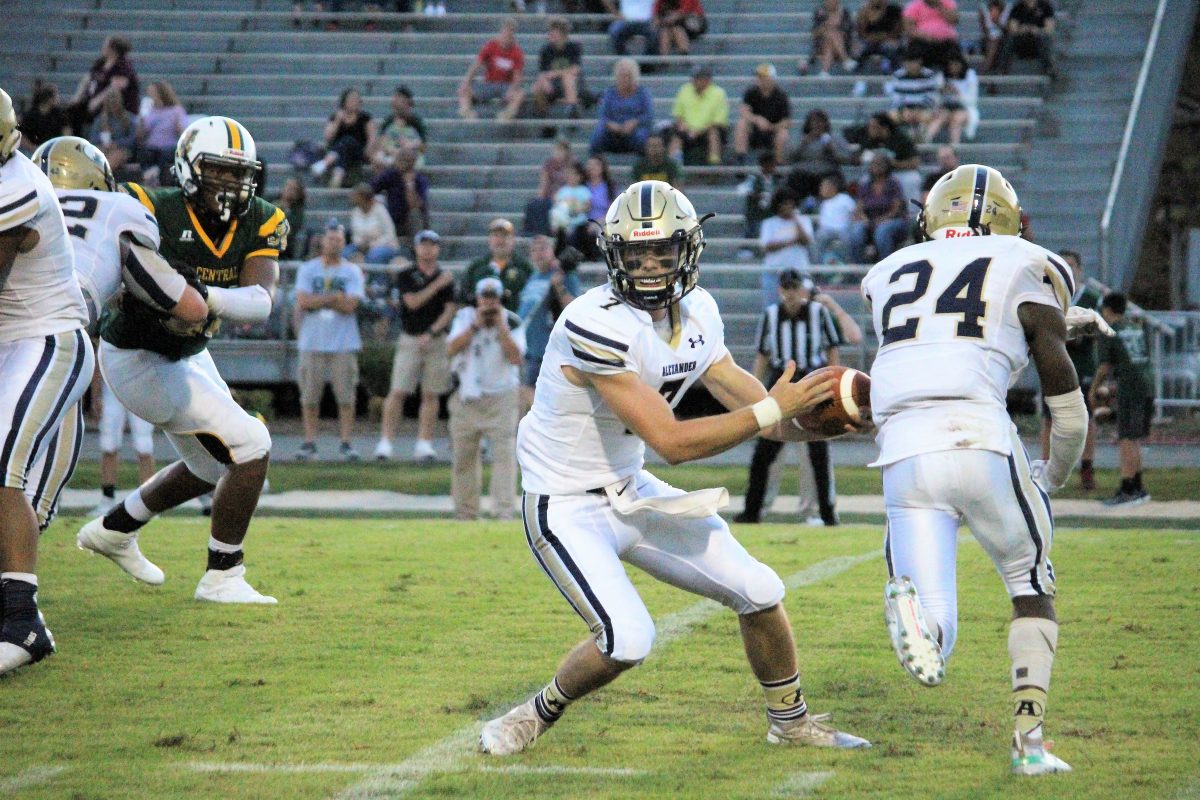