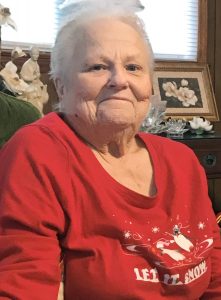 She was born September 5, 1944 to the late John Herndon Williams and Bertie Whitmire Williams.

She was also preceded in death by her brothers, Clarence Williams, Alfred Williams, and Frank Williams; and three sisters, Marguerite Curtis, Namie Suddreth, and Betty Setzer.

The family would like to thank Iredell Health System’s physicians, nurses, and all other staff for the care, compassion, prayers, and love shown during her time of sickness.

Funeral services will be conducted on Wednesday September 4, 2019 at the Redeemer’s House Church in Stony Point. Family will receive friends from 5:00 p.m. until 6:00 p.m. with the memorial service following at 6:00 p.m.