A bridge on Herman Road will soon be replaced, thanks to a $560,000 contract the N.C. Department of Transportation recently awarded to R.E. Burns and Sons Co., Inc., of Statesville, according to NCDOT.

Both approaches to the bridge washed out during heavy storms in early June, forcing the closure just north of Summit Road. Drivers have been using a 4.3-mile detour route around the bridge, which carries an average of 610 vehicles per day.

Work on the replacement can start as soon as mid-September, with bridge work wrapping up in September 2020.  Remaining vegetation and landscaping work would continue into March 2021. 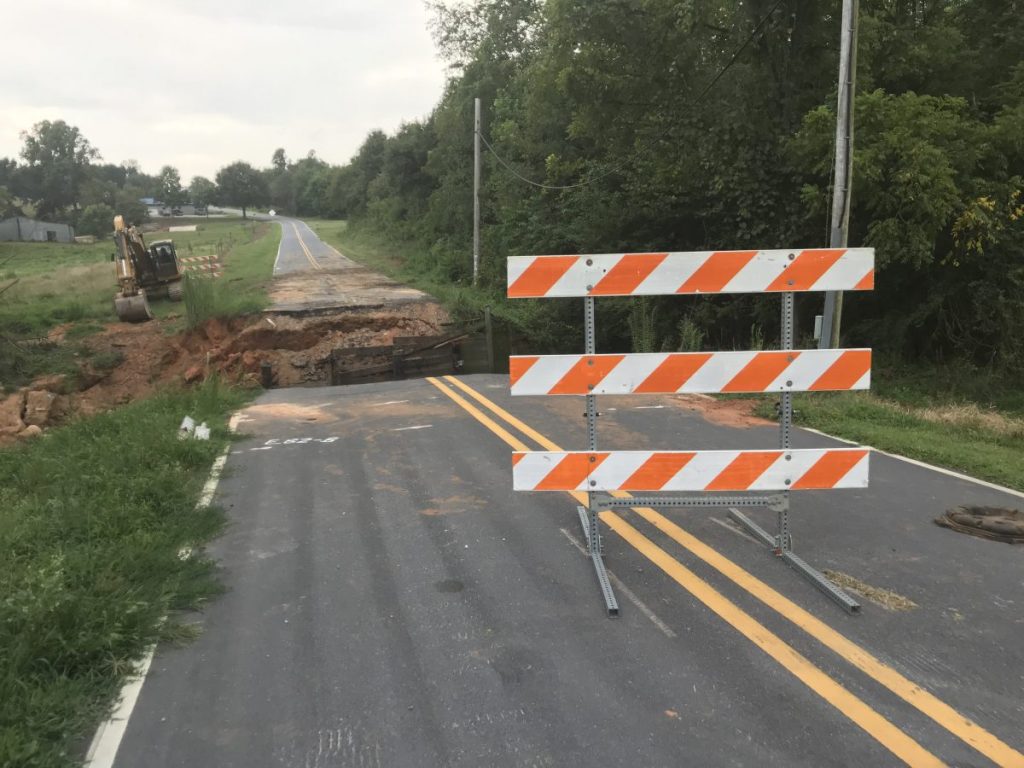 This bridge on Herman Road in the Ellendale Community of Alexander County washed out in early June 2019. Replacement may take until September 2020.