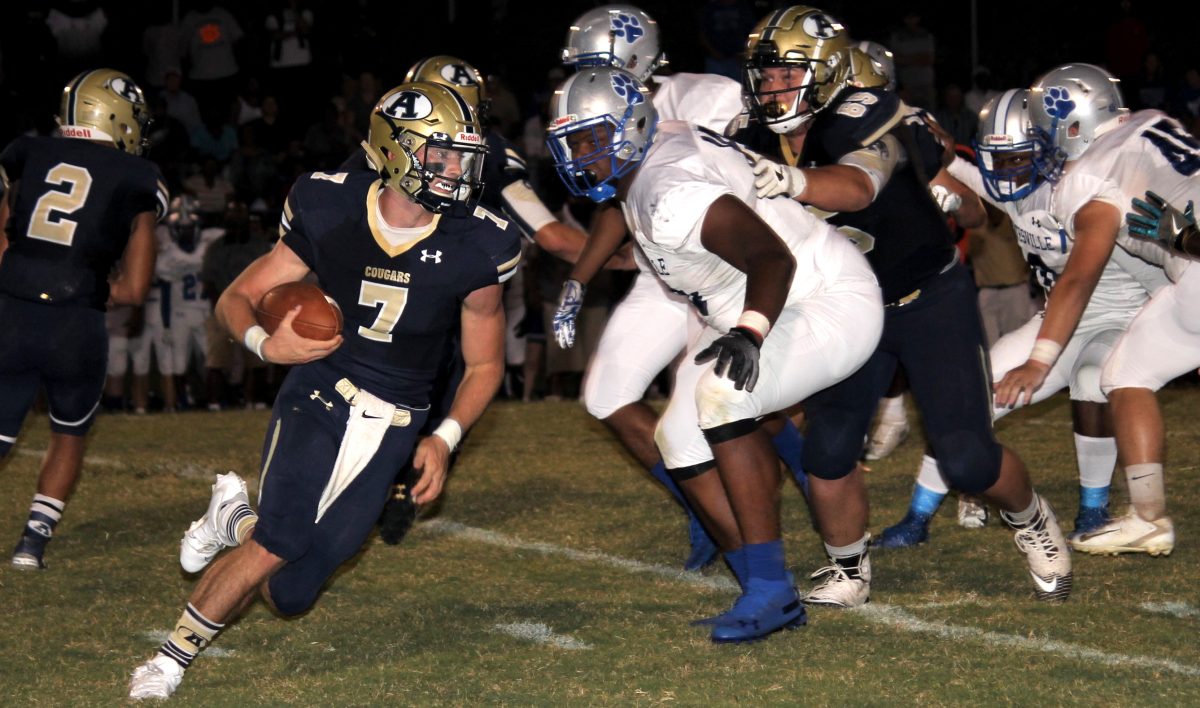 The Statesville Greyhounds rallied from 14 points down late in the third period to shock the Alexander Central Varsity Cougar Football Team 49-35 on Friday night, September 6, at Cougar Stadium in Taylorsville. 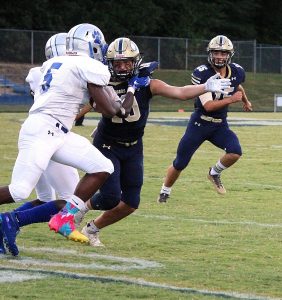 ACHS, which suffered its first loss of the year, led 35-21 with two minutes to play in the third period. From there, the visiting Greyhounds rolled off 28 points over a 12 minute span to win 49-35 and remain unbeaten on the young season.

Alexander’s leading offensive player through the first three games, Steven Montgomery, ran for a game-best 184 yards on 21 carries. He scored one rushing TD and tallied a thrilling 90-yard kickoff return for a score.

Statesville piled up 370 yards of total offense, while the Cougar gained 352 total yards of offense.

The Cougars will look to bounce back from their first loss with another home game on Friday, September 13, when they host the South Iredell Vikings at Cougar Stadium for Military Appreciation Night at 7:30 pm.