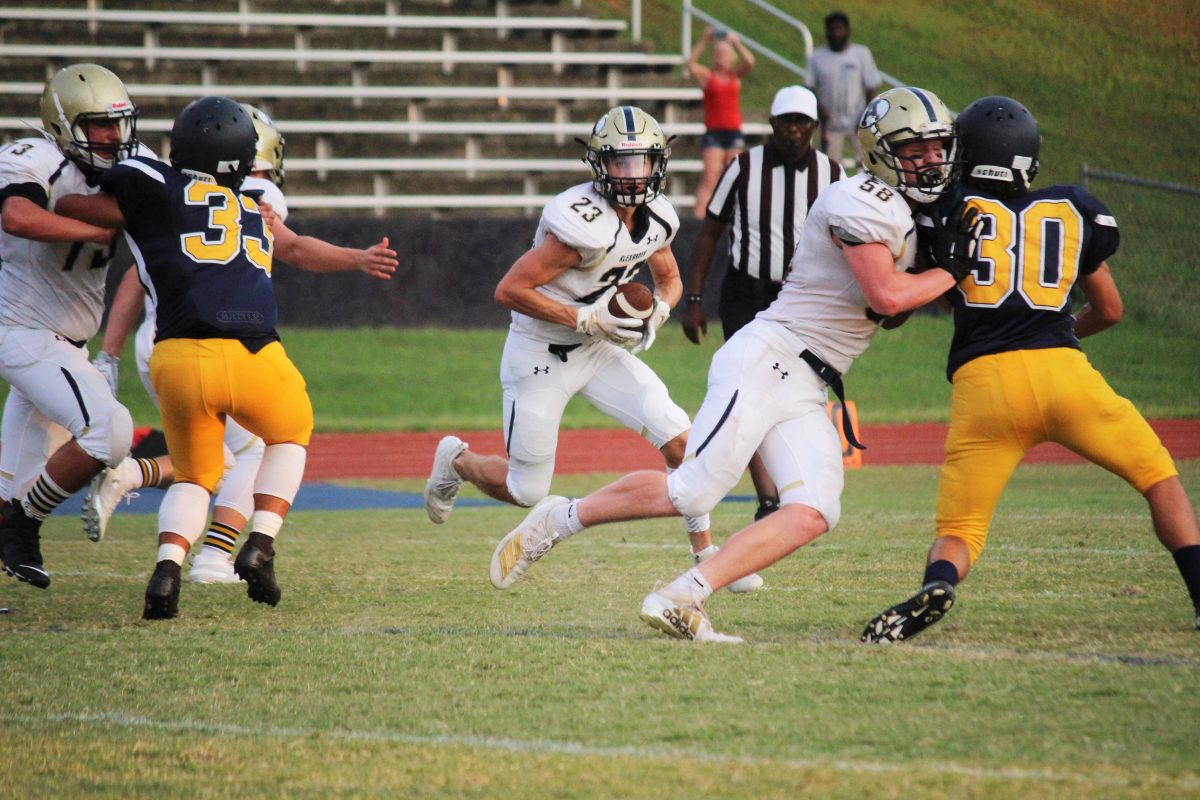 Luke Mitchell picks up a block from Dalton Beck on a nice gainer vs. South Iredell.

Cam Lackey ran for 105 yards and three touchdowns to lead the Alexander Central JV Cougar Football Team to a 30-19 win over the South Iredell Vikings on Thursday evening, September 12, in Troutman.

With the win, ACHS improved to 3-0 on the young season, while South Iredell dropped its first game of the fall and slipped to 2-1 on the year. The win was the 35th straight for the Alexander Central JV program. 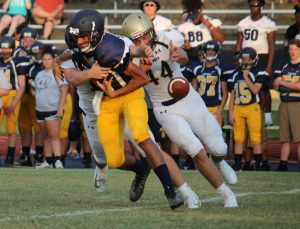 Chase Bostian (44) and Brayden White converge on the South Iredell QB to force a first half turnover.

The Cougars also reached the end zone on a defensive score when Josh Stubbs returned a pass interception 34 yards for a TD.

Lackey led ACHS with 105 yards on the ground while Brashear tallied 93 yards rushing. Brashear completed two of three passes for 15 yards with one interception.

The young Cougars will remain on the road on Thursday, September 19, when they travel to Charlotte to face Olympic High School at 6:30 pm. 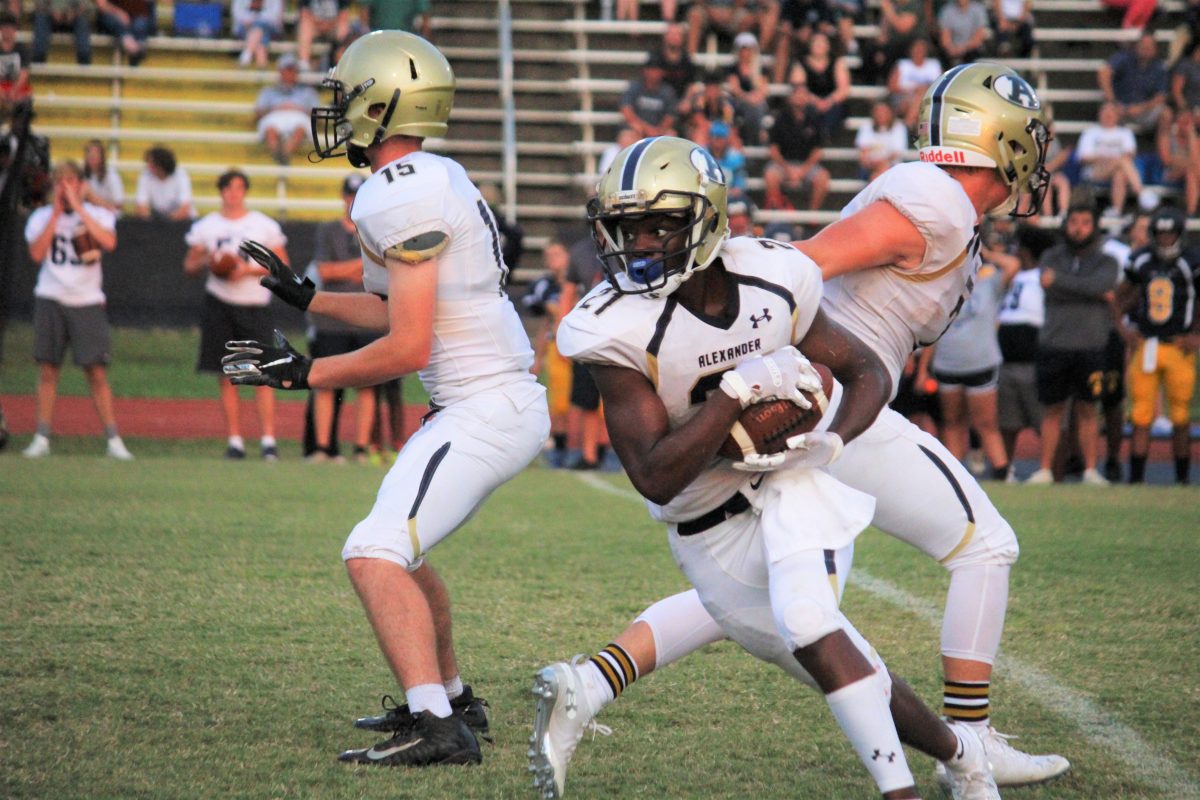 Cam Lackey ran for 105 yards and three scores for the Alexander JV Cougars on Thursday.