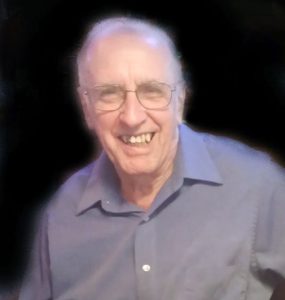 George Edward Collins, 81, of Bethlehem, passed away on September 20, 2019 surrounded by his family at his home.

Born October 16, 1937, in Mohegan, West Virginia, he was the son of the late Henry Collins and Nannie Lee Gillespie Collins. He served 20 years in the US Navy and then was employed with Guardian Industries of Ohio and the Camfil-Farr Company of Conover.

George was a member of the Church of God in West Virginia. He was an active member of the Ruritan Club of Bethlehem, VFW, American Legion, Shriner’s International, Eastern Star, 366 Masonic Lodge of Ohio, Scottish Rites, and Fleet Reserve Assn. He loved basketball, fishing, golf, and watching all sports. He was a loving husband, father, and grandfather. He collected smurfs and was the marble champion in McDowell County, West Virginia.

In addition to his parents, George was preceded in death by his daughter, Mildred Collins; brothers, Henry Collins and Marvin Collins; and sister, Mary Alice Swiegard.

A celebration of life will be held at 1:00 p.m. on Friday, September 27, 2019 in the Chapel of Drum Funeral Home in Hickory with Pastor Darrell Chase officiating. Burial with military rites will follow in Woodlawn Memorial Gardens in Hickory. The family will receive friends from 11:30 a.m. – 12:45 p.m. at Drum Funeral Home, Hickory prior to the service.

Condolences may be sent to the Collins Family at www.drumfh-hickory.com.