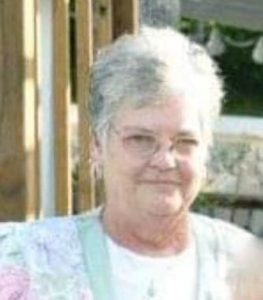 Mary Helen Walker, 72, of Taylorsville, passed away on September 20, 2019 at Trinity Village in Hickory after a period of declining health.

Born to the late Hugh and Bess Moody Wilson on February 25, 1947, she was a former Customer Service worker at Walmart in Taylorsville, who enjoyed working jigsaw puzzles and crocheting.

In addition to her parents, Mary was preceded in death by four sisters, Ruby Little, Linda Warren, Karen Wilson, and Darlene Wilson; a brother, David “John” Wilson; and a granddaughter, Cevanna Walker.

Those left to cherish the memory of Mary include her sons, Richard and Jeffrey Walker; two brothers, Russell and Charles Wilson; three sisters, Marie Teague, Melissa Wilson, and Barbara Wilson; three grandchildren, Dusty Walker and wife Sara, and Cierra and Braden Walker; two great-grandchildren, Macy and Eli Walker; along with a number of nieces and nephews.

In lieu of flowers, the Walker Family has asked that a donation be made to St. Jude Children’s Research Hospital, 501 St Jude Place, Memphis, TN 38105.