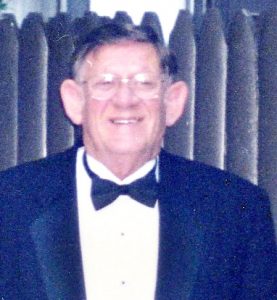 Larry Richard Bowman, 83, passed away on Monday, October 1, 2019 at Carolina Caring in Newton after a period of declining health.

Born on February 24, 1936 to the late Maurice and Gurldean Hunt Bowman in Catawba County, Larry was a member at Sandy Ridge Baptist Church and attended Winkler Grove Baptist Church. He enjoyed fishing and, in his latter years, coloring. He was a humble man and would not do things to bring attention to himself.

Larry was well known for his abilities and talents as a woodworker. Some of his furniture pieces have been used by past Presidents in the White House in Washington, DC. Larry has also been the focus in Southern Living magazine for his talents, and was quoted to say he can “carve just about anything they send my way.”

In addition to his parents, Larry was preceded in death by two sisters, Merrill Webb (Jack) and Jennifer Duffey (Willard).

Those left to cherish the memories of Larry include his wife of 30 years, Patricia Wilson Bowman; a son, Rick Bowman of Albany, New York; a daughter, Revonda Wilson (Terry); a sister, Darlene Killian (Allen) of Hickory; two grandchildren, Austin Wilson and Amanda Bumgarner; a great-grandchild, Kindle Bumgarner, with another one on the way; and a number of nieces and nephews.

A graveside service for Mr. Bowman will be held at 1:00 p.m. on Friday, October 4, 2019 at Woodlawn Memorial Gardens in Hickory with Rev. Paul Deal officiating.