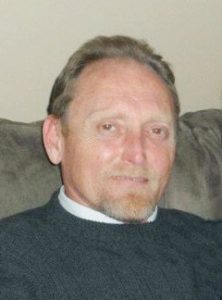 Johnny was born September 2, 1963, in Iredell County, the son of the late Arnold Whitesides and Mary Odom Whitesides.

He had worked as an upholster in furniture until he became disabled and was of the Baptist faith. He enjoyed car racing and watching Sci-fi movies.

Including his parents, he was preceded in death by a son, Stephen Peoples, and a brother, Keith Whitesides.

Those left to cherish and honor his memory include his wife who he married in 1990, Lynn Peoples Whitesides of the home; a daughter, Tiffany Taylor and husband Curt of Mt. Carmel, Tennessee; and a brother, Allan Whitesides, Sr. of Statesville.

A memorial service will be conducted at 6 p.m., Monday, October 7, 2019 at Adams Funeral Home Chapel. Pastor Darrell Williams will officiate.

Adams Funeral Home and Cremation Services is honored to be serving the Whitesides Family.