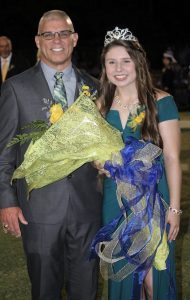 For the second straight season, the Watauga Pioneers rolled over the Alexander Central Cougars in resounding fashion on the NWC gridiron.

The Pioneers rolled up 381 total yards and built a 22-3 halftime lead in a 42-10 victory over the homestanding Cougars on Friday night, October 4, in Taylorsville.

The 32-point loss spoiled the 2019 ACHS Homecoming and dropped the Cougars overall record to 4-2 on the year. Watauga upped its NWC mark to 2-0, while ACHS is off to a 0-1 start in conference action.

Watauga used a 10-play, 67-yard scoring drive to open the game to take control of the contest early. Jake Watson capped the long drive to put the visitors in front 7-0 midway through the first quarter.

On the Cougars’ first possession, ACHS drove the ball into Watauga territory before the Pioneers thwarted the march with an interception of a Lance Justice pass in the end zone. Grant Oliver returned the ball 59 yards to set up another Watauga possession at the Cougar 41-yard line. Seven plays later, Watson scored his second TD of the first half to put Watauga in front 13-0. The two-point conversion gave the visitors a 15-0 lead.

ACHS scored its first points of the game on its next offensive series. The Cougars marched 47 yards in 12 plays before the drive stalled at the Watauga 20-yard line. On fourth down, Oscar Lopez converted a 37-yard field goal attempt to put the Cougars on the board at 15-3 with 2:15 to play before the half.

Watauga moved fast to tack on another score just before the half. The Pioneers moved 71 yards in six plays to score with just five seconds to play in the second period. A 43-yard pass play from Anderson Castle to Sebastian Best put the Pioneers in the red zone at the Cougar six-yard line. Moments later, Castle scored on a three-yard TD run to put Watauga in front 22-3 at the half. 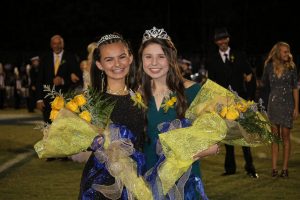 Isabella Holloway, left, was selected as the Homecoming Princess and Chloe Meade, right, was crowned the 2019 Queen.

Watauga’s first possession of the third period used more than eight minutes of the game clock and resulted in the visitors’ four TD of the night. Castle hooked up with Best on a 10-yard scoring pass to cap the march. The PAT put the Pioneers in front 29-3 entering the fourth period.

Scoring runs by Jaiden Bond and Castle closed the Pioneers’ scoring a upped Watauga’s lead to 42-3 at the midway point of the fourth period.

Alexander, which lost 35-0 at Watauga a season ago, managed to score its first touchdown against the Pioneers in two seasons with a 19-yard TD dash by AJ Miller with just under five minutes to play in the game. The PAT by Lopez made the final tally 42-10 in favor of the Boone visitors.

Bond led all rushers in the game with 146 yards on 11 carries. Castle finished with 74 yards on the ground, and Watson tallied 72 yards. Castle and Watson scored two TDs apiece.

The Cougars (4-2, 0-1) will look to rebound on Friday, October 11, when they travel to Morganton to face the Freedom Patriots. Freedom is 1-1 in conference play after dropping a 23-22 final to Hickory on October 4. 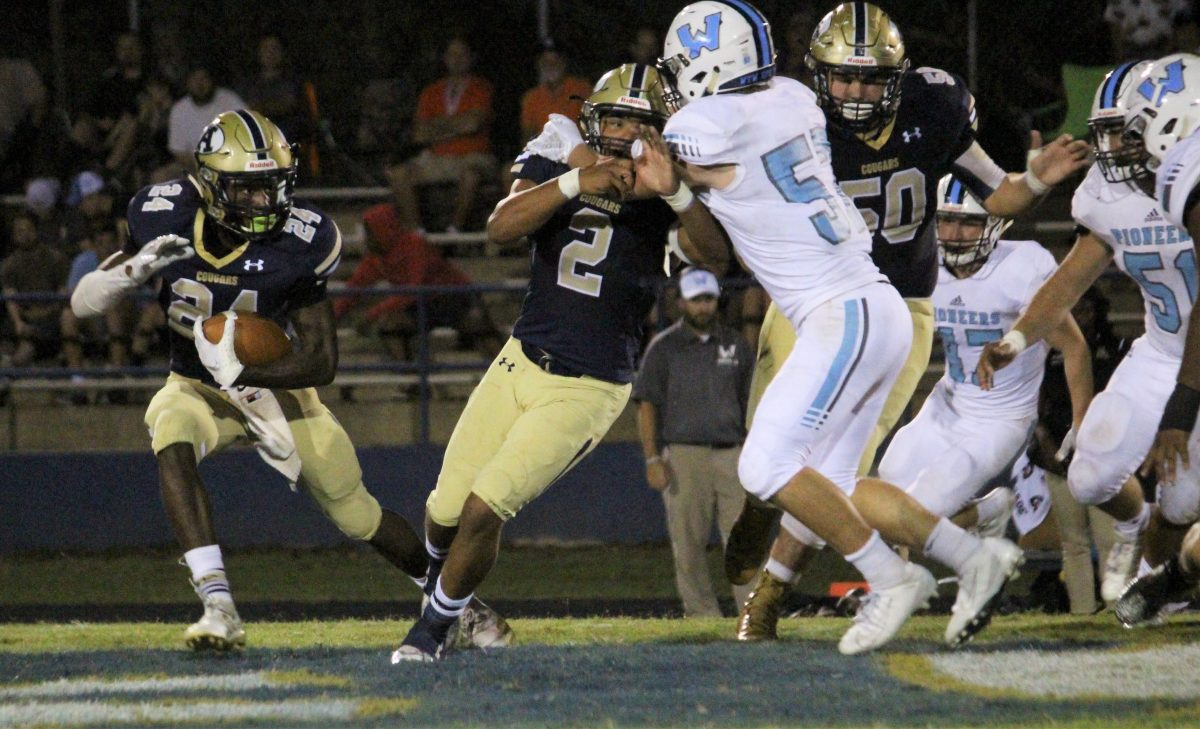