E-cigarette usage may impair fertility and pregnancy outcomes, according to a University of North Carolina School of Medicine study published in the Journal of the Endocrine Society.

Many young and pregnant women are using e-cigarettes as a safer alternative to smoking, but little is known about the effects on fertility and pregnancy outcomes. E-cigarettes are driving increases in tobacco product use among youth. According to the Centers for Disease Control and Prevention, the number of middle and high school students using e-cigarettes rose from 2.1 million in 2017 to 3.6 million in 2018—a difference of about 1.5 million youth.

“We found that e-cigarette usage prior to conception significantly delayed implantation of a fertilized embryo to the uterus, thus delaying and reducing fertility (in mice),” said senior author Kathleen Caron, PhD, professor and chair of the department of cell biology and physiology at the UNC School of Medicine. “We also discovered that e-cigarette usage throughout pregnancy changed the long-term health and metabolism of female offspring — imparting lifelong, second-generation effects on the growing fetus.” 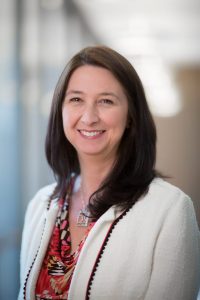 In this study, researchers used a mouse model to examine whether e-cigarette exposure impairs fertility and offspring health. After exposure to e-cigarette vapor, female mice showed decreased embryo implantation and a significant delay in the onset of pregnancy with the first litter. Female offspring exposed to e-cigarettes in utero also failed to gain as much weight as control mice by the 8.5 month mark.

“These findings are important because they change our views on the perceived safety of e-cigarettes as alternatives to traditional cigarettes before and during pregnancy,”said Caron, who is also a member of the UNC Lineberger Comprehensive Cancer Center.

Other authors of the study include: Margeaux Wetendorf, Lewis Randall, Mahlet Lemma, Sophia Hurr, John Pawlak, Robert Tarran, and Claire Doerschuk all of University of North Carolina at Chapel Hill.

The study received funding support from the National Institutes of Health, the American Heart Association, and the Food and Drug Administration.