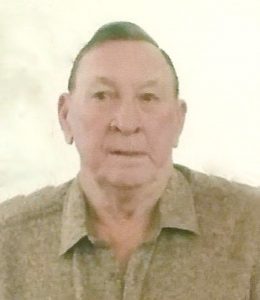 Gerald Elder, 78, of Taylorsville, went home to be with the Lord on Thursday, October 10, 2019 at Valley Nursing Center.

Gerald was born January 23, 1941, in Alexander County, the son of the late Hayward Frank Elder and Ruby Hendren Elder.

He had worked in the furniture industry and retired from Alexvale Furniture. He was a member of Beulah Baptist Church. He enjoyed dirt track racing and fishing.

Including his parents, he was preceded in death by his wife, Arlene Payne Elder; and a brother-in-law, Nelson Brown.

Those left to cherish and honor his memory include his son, Aaron Elder of Taylorsville and significant other, Alexis Barnes, of Stony Point; a sister, Merle Brown of Taylorsville; two brothers, Larry Elder and wife Phyllis, and Roger Elder, all of Taylorsville; and a number of nieces, nephews, cousins, and friends.

The funeral service will be held at 3 p.m., Sunday, October 13, 2019 at Beulah Baptist Church. Rev. Keith Bowman, Rev. Stephen Dagenhart, and Rev. Neil Walker will officiate. Burial will follow in the Taylorsville City Cemetery. The family will receive friends one hour prior to the service.