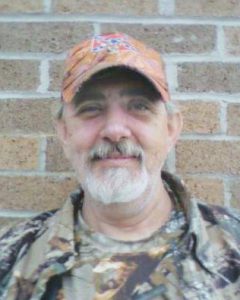 Craig Lee Warren, 61, of Miranda Drive, Taylorsville, passed away on Wednesday, October 16, 2019 at his residence.

Craig was born November 12, 1957, in Alexander County, the son of the late Kenneth Clay Warren and Sarah May Warren.

He had worked for Rock-Tenn for 35 years and then was employed for Wal-Mart for five years. He was of the Baptist faith. He was an outdoorsman and enjoyed hunting and fishing.

Those left to cherish and honor his memory include his wife, Mary Ann Hall Warren of the home; a daughter, Miranda Warren of Taylorsville; and a grandchild, Malakai Warren.

The funeral service will be held at 3 p.m., Tuesday, October 22, 2019 at Adams Funeral Home Chapel. Burial will follow in the Hiddenite Cemetery. The family will receive friends one hour prior to the service.

Memorials may be made to: Hospice of Iredell County, 2347 Simonton Road, Statesville, NC 28625.