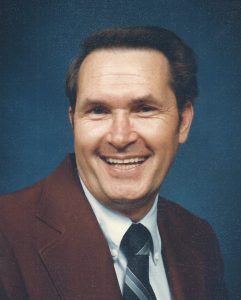 Frankey “Devon” Daniels, 82, a lifelong resident of Taylorsville, passed away on Sunday, October 20, 2019 surrounded by his family at Wake Forest Baptist Medical Center.

He was born October 5, 1937, in Alexander County, the son of the late Lola Mae Daniels Bentley and step-father, Acie Lee Bentley.

He was a member of The Kingdom Hall of Jehovah’s Witnesses for more than 45 years. He became owner of Tiny Diner in 1968, in Taylorsville, serving the community for over 30 years until he closed in 1999.

Along with his mother and step-father, he was preceded in death by half-brothers, JB Daniels, James Bentley, and Roy Lee Bentley.

The family will conduct a memorial service at 2 p.m., Saturday, November 2, 2019 at the Kingdom Hall of Jehovah’s Witnesses. Friends and family are welcome to attend.

Floral arrangements can be sent to Adams Funeral Home. In lieu of flowers, donations can be made at JW.org.

Adams Funeral Home and Cremation Services is honored to be serving the Daniels Family.