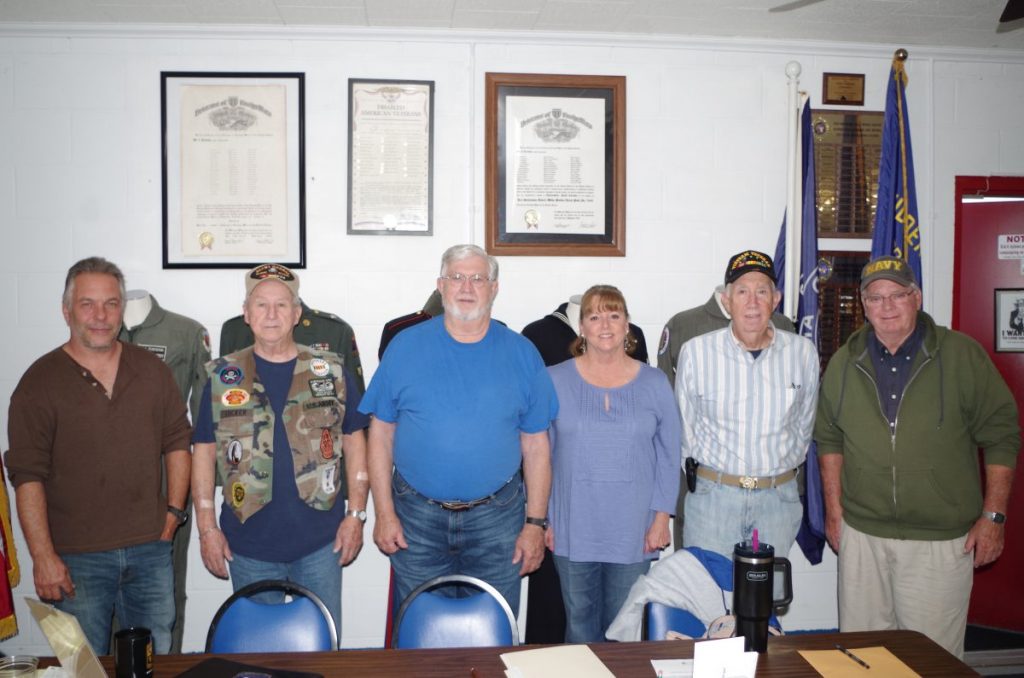 The notification was announced Tuesday, October 22, at the VetCom meeting at the DAV Chapter 84 Building in Taylorsville.

VetCom is made up of members from American Legion Post 170, VFW Post 5466 & 10000, and DAV Chapter 84, with representation from the Alexander County Commissioners (currently Dr. Jeff Peal), the faith community (Rev. Jamie Steele), and the Alexander County Veterans Service Officer (this position is now held by Cherry Kilby).

VetCom will now be a central hub for donations for local veterans groups to support activities and projects to assist and recognize veterans of Alexander County.

“We would like local veterans to join the VFW, DAV, and Legion, and be part of VetCom,” said VetCom treasurer, Andrew Ferguson. “However, we understand that those organizations require membership dues, part of which go to support national organizations. Churches, individuals, and groups may donate to VetCom and support the three local veterans groups and the money will stay in Alexander County to help local veterans.”

Also, Ferguson noted that next year, VetCom will create an Alexander County Veterans Association. In this, any honorably discharged veterans of all ages (with verifiable DD-214 form) may participate, whether or not they have membership in the DAV, Legion, or VFW and without restrictions on their service. The Veterans Association can have an auxiliary of non-veterans, up to 25 percent of its membership, as well, so others in the community may assist.