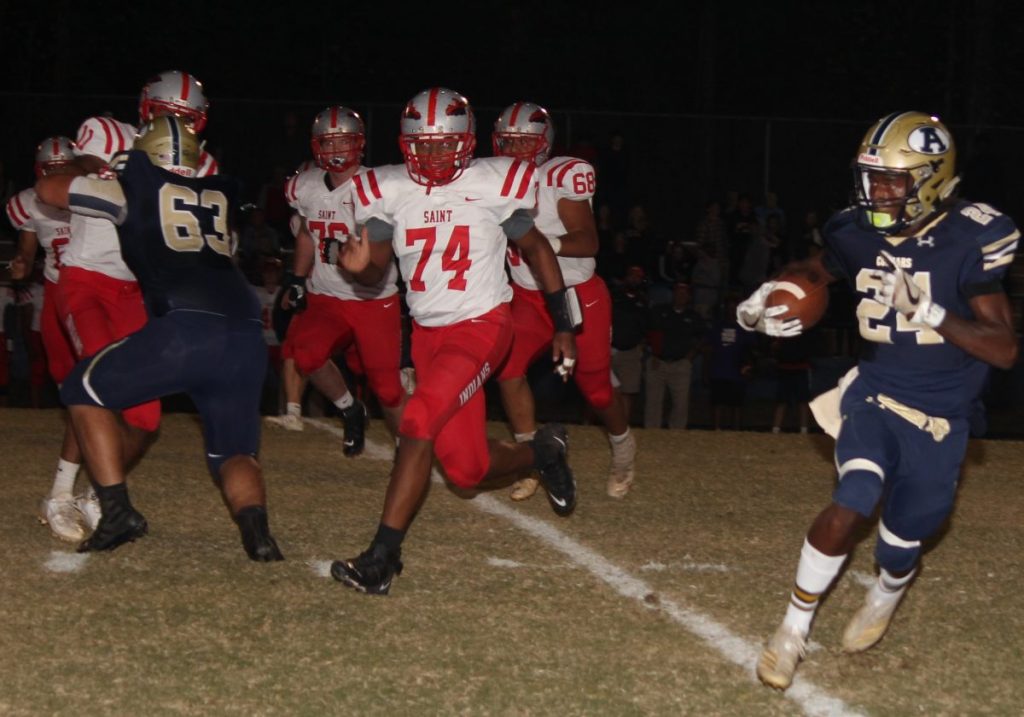 ACHS rallies for 30-16 win over Saint on Senior Night

On Senior Night, the Cougars rallied from a two-point deficit to post the 14-point win over the Indians. Miller sparked the Alexander comeback with a 45-yard scoring run and a 75-yard punt return for another score.

A 26-yard scoring pass from Lance Justice to Josh Abernathy allowed the Cougars to take a 7-3 lead into the locker room at the half.

The Cougars opened the second half with a scoring drive to build a 14-3 lead over the visitors from the Springs Road Community. Justice capped Alexander’s first drive of the second half when he raced 47 yards to pay dirt with just under 10 minutes to play in the third. The PAT kick by Daniel Specht put Alexander in front by 11 points at 14-3.

Saint rallied for a pair of scores on TD passes by Connor Williams and took its first lead of the game early in the fourth period. Williams, who finished with 233 yards through the air, found Zac McLauchlin on a 29-yard TD pass on the final play of the third period to pull within four points at 14-10.

Moments later, the Indians recovered an onsides kick to retain possession of the ball. St. Stephens capitalized on the extra possession with another scoring pass by Connor Williams. The Indian signal caller tossed 33-yard scoring pass to Matt Hancock to give the Indians their first lead of the game with 9:01 remaining in regulation.

From there, Miller stepped to the forefront and delivered in his final regular season home game under the lights of Cougar Stadium. On Alexander’s ensuing drive, Miller sprinted 45-yards for a score to put the home team back in front.  He also converted the two-point conversion run for a 22-16 ACHS lead with 7:55 to play.

Moments later, Miller struck again for an insurance touchdown on special teams. The senior returned a Saint punt 75 yards for a game-sealing touchdown. The two-point pass from Justice to Kobe Burns-Cesar closed the scoring at 30-16.

The Cougars improved to 5-3 overall and 2-2 in NWC games with the win. ACHS will hit the road for two games to close the regular season. On Friday, November 1, ACHS will play at Hickory High School at 7:30 pm. The Tornadoes posted a solid 40-30 win over South Caldwell on Friday night.

ACHS will close the regular season with a road contest at South Caldwell on Friday, November 8. 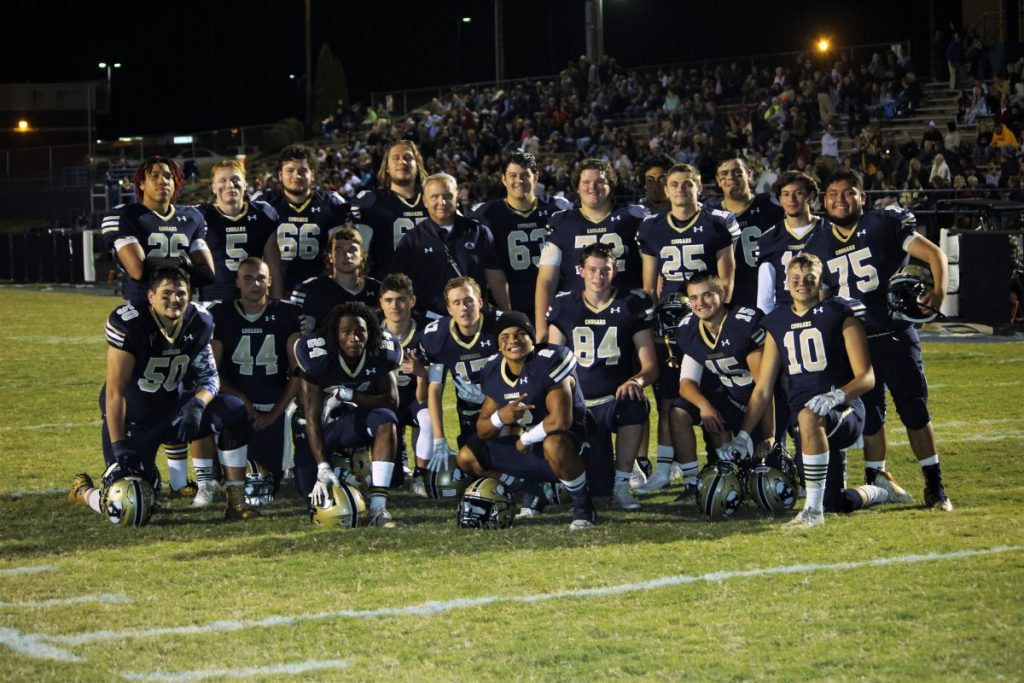