Drug “stash house” was located in Taylorsville near state facility

An investigation into illegal drug activity in Alexander County has led to the arrest of four men in and around the county and the seizure of illicit drugs and many thousands in cash.

Alexander County Sheriff Chris Bowman noted that his office worked with local, state, and federal authorities in the investigation during the past six months.

A drug “stash house” was uncovered just south of Taylorsville a few months ago. Officers watched the location to determine the suspects involved in distributing drugs in the area. The rental mobile home is located on Old Landfill Road, just across the street from Alexander Correctional Institution, a state prison.

A vehicle stop was made by Alexander County Sheriff’s officers on September 6, 2019, of a vehicle which had frequented the stash house. Inside the vehicle, officers found $200,000 in U.S. currency. A 9mm Kahr Arms handgun was also seized. 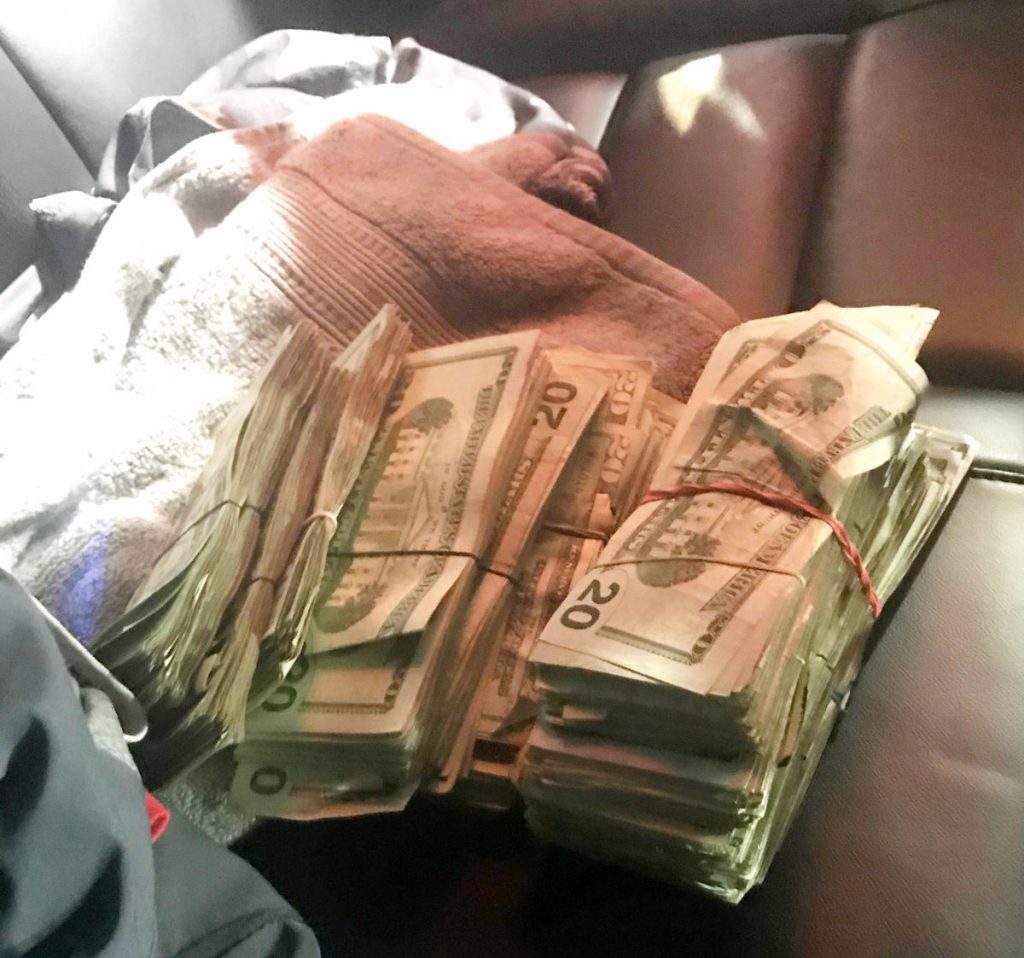 Officers found $200,000 cash in a suspect’s car in Taylorsville.

The investigation reveals this was related to 6,800 pounds of marijuana in Mexico, ready to be sent to the Catawba Valley for distribution in Alexander and surrounding counties. Cooperating authorities intercepted the marijuana shipment at the U.S.-Mexico border.

Also, 18 kilograms (39.6 lbs) of cocaine were seized from this same drug ring during a vehicle stop in Catawba County on Friday, October 25. The vehicle had a special electric trap door installed and false trunk panel which provided a hidden space for concealing the drug shipment. 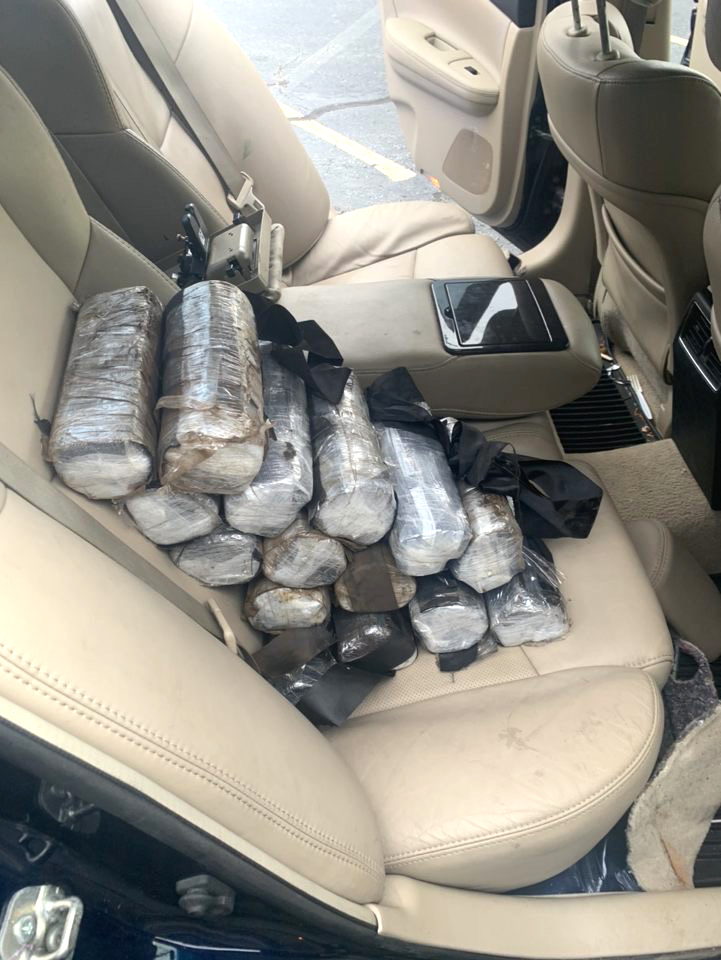 Officers seized 18 kilos of cocaine, above, in Catawba County, and 6,800 pounds of marijuana at the U.S.-Mexico border (not shown).

One of the conspirators, Jose Garcia, age 31, was arrested on in Taylorsville. He had rented the mobile home used as the stash house.

DRUGS WERE STORED WITHIN SIGHT OF PRISON — Alexander County Sheriff’s officers discovered this drug stash house, a rented mobile home, on Old Landfill Road recently. It is located across the street from, and within sight of, Alexander Correctional Institution, shown in the right background of the photo above.

Also arrested were Michael Profitt, age 36 of the Wittenburg Community, and Juan Olmos, 46, address not listed. Olmos, Garcia, and Profitt were charged with Conspiracy To Traffic in Cocaine and Trafficking in Cocaine. Crispin Fair, age 50, was arrested in Guilford County and charged with Trafficking in Heroin. 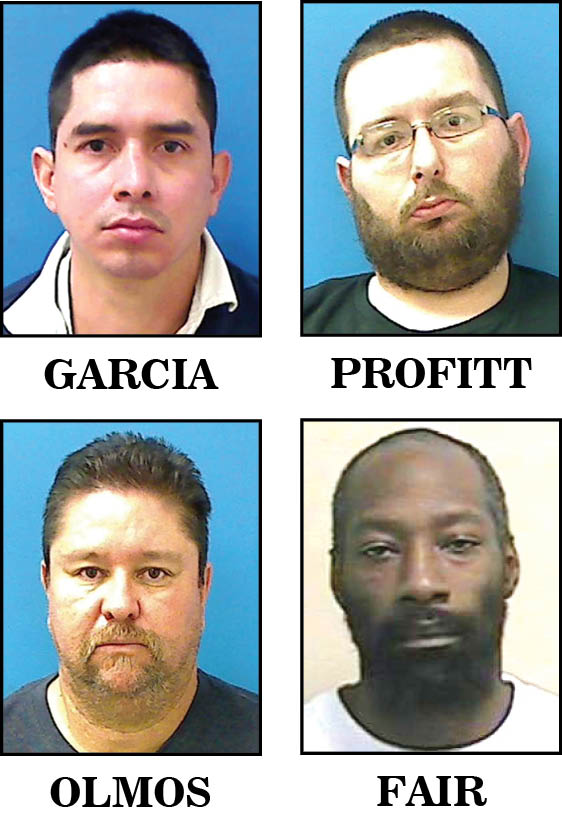 Garcia, Olmos, and Profitt were arrested and placed in the Catawba County Detention Center; Profitt was released on bond. Garcia, Olmos, and Profitt’s bonds are $700,000, $500,000, and $100,000 respectively. A check of Garcia’s immigration status revealed he is not legally in the United States. Immigration and Customs Enforcement is investigating, according to Catawba authorities.

Sheriff Bowman noted that this group is responsible for distributing marijuana, heroin, and cocaine in Alexander County and surrounding areas, even down into South Carolina.

Bowman noted that, many times, the public doesn’t think tips are being followed because they don’t hear about arrests soon afterwards. However, law officers don’t arrest suspects immediately when it may lead to the arrests of other suspects.

The Sheriff noted it is difficult to investigate these cases as his agency only has two officers to probe drug crimes. Bowman said he would like to have funding for several more drug officers.
“This is a situation where the Sheriff’s Office watched this stash house for several months,” Bowman added. “This is another drug investigation where it’s taken numerous surrounding counties to make this happen, to get this amount of drugs off the streets.”

He related that two of his officers are also members of the Federal Drug Task Force. These cases involve long hours and many late nights.

It is believed the Old Landfill Road situation was part of a drug cartel network. 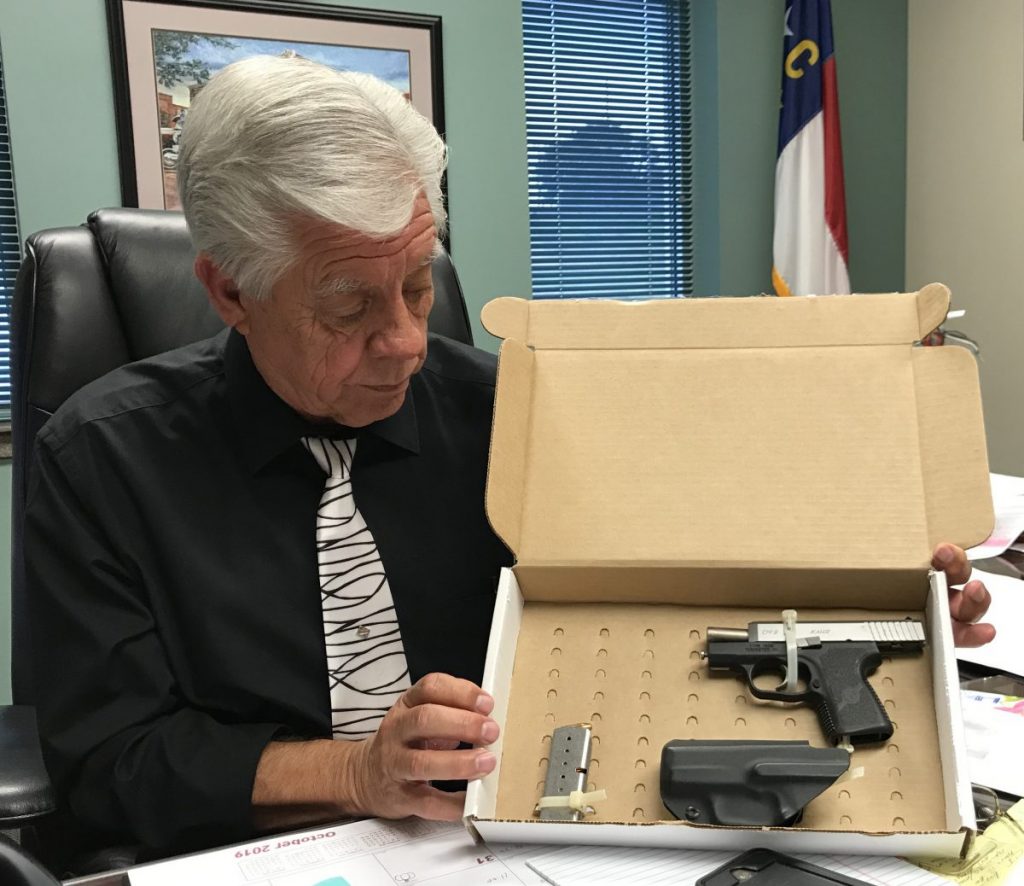 “Many people don’t realize the danger involved in drug investigations,” the Sheriff commented. A Tennessee officer was shot four times recently while attempting to place a tracking device on a suspect’s vehicle.

“This goes to show how, with the cooperation of the agencies listed above, we are able to get catch individuals and take a large amount of drugs off the streets,” Bowman said.

Readers may recall that other drug stash houses had been found in Alexander in recent years, including one which caught fire on Pleasant Hill Church Road and another house on NC 16 South.
Anyone with tips on drug activity in this area may call the Alexander County Sheriff’s Office 828-632-1111 or Alexander County Crime Stoppers at 828-632-8555.