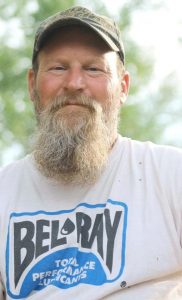 Chad Ray Hefner, 46, of Taylorsville, passed away on November 1, 2019 after a courageous battle with cancer.

He was the beloved son of Hal and Victoria Sipe Hefner. Chad was the owner of Southern Ways Trucking, LLC, was of the Christian faith, enjoyed the outdoors, off-road vehicles, old trucks, and anything with an engine. One of his greatest passions was helping his son, Hayden, chase his motocross dreams.

Visitation for Chad will be Sunday, November 3, 2019, from 1:00 p.m. until 3:00 p.m. at Friendship Lutheran Church. The graveside service for Chad will be at the family farm at 885 Old Farm Road. Rev. Allen Fox will be officiating.