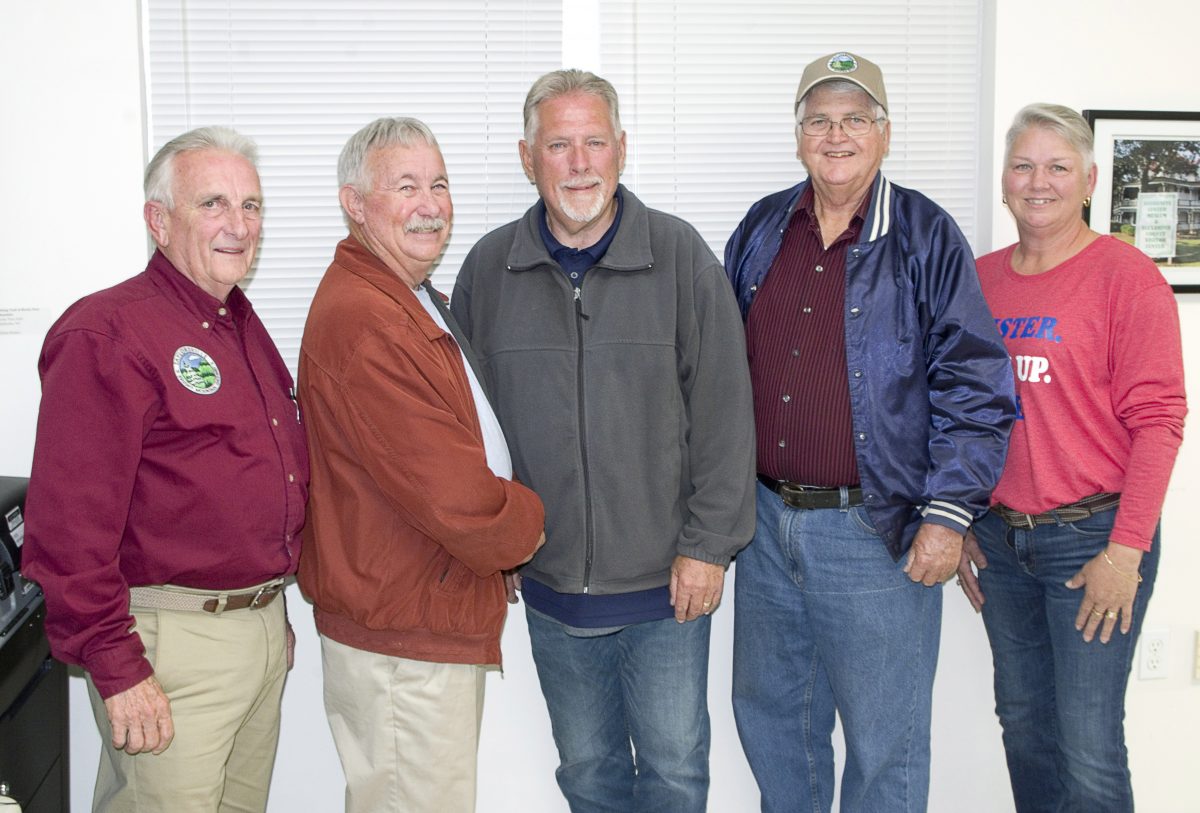 WINNERS — Above, from left: re-elected Taylorsville Mayor George Holleman and 2019-2023 Town Board of Commissioners members Kenny Poole, Jack Simms, Ronnie Robinette, and Kimberly S. Brown are shown above on Election Night, Nov. 5. (Results are unofficial until Canvass Day on Nov. 15.)

Taylorsville voters have re-elected Mayor George Holleman as well as Town Board of Commissioners members Kenny Poole and Ronnie Robinette, joined by new candidates Jack Simms and Kimberly S. Brown, in the Nov. 5 Municipal Election according to unofficial results.

Brown has thus become the first woman elected to the municipal board.

Holleman commented: “I’m pleased at the results of this election. It means that we can go forward with a progressive agenda for the future.”

Poole said, “I want to thank the voters of the Town of Taylorsville, for having faith in me to try to keep doing what we’re doing for the Town. I promise to do my best.”

Robinette said, “I would like to thank the citizens that supported me and gave me the chance to represent them for the next term. I will do all I can to work for all the citizens and the betterment of the Town. Thank you.”

Brown related, “I am so excited the people of Taylorsville have entrusted me with this position. I look forward to serving you. Please reach out to me if you have any questions or concerns. Thank you again.”

Full unofficial election results are available on the State Board of Elections website here: https://er.ncsbe.gov/?election_dt=11/05/2019&county_id=2&office=ALL&contest=0