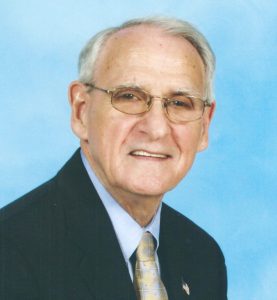 Carl Edward Kerley, 80, of Stony Point, passed away Tuesday, November 12, 2019 at Valley Nursing Center in Taylorsville after a period of declining health.

He attended Hiddenite High School and received his GED from Catawba Tech in 1971. He was employed at Southern Screw in Statesville for 33 ½ years. In later years, he worked part-time at Carrigan & Sons Trucking in Taylorsville.

Carl was a member of White Plains Baptist Church in Taylorsville. In 1953, at the age of 14, Carl was stricken with polio that left him with a disability but he never let that stop him from accomplishing the things that he wanted to do.

Carl loved old westerns and collecting cowboy memorabilia, he was a huge Carolina Basketball fan, he loved music and playing the guitar and even tried his hand at playing the piano.

Family history was one of the things that gave him a lot of pleasure, but most of all he loved his family, especially his daughter (daddy’s girl) and his three grandchildren that called him “Papa.” He enjoyed taking them to school, picking them up, and attending their ballgames. He also loved his many nieces and nephews and was known to them as Uncle Carl. They always enjoyed the pictures he would draw on their birthday cards.

In addition to his parents, he was preceded in death by his oldest sister, Evelyn Kerley Yow; his brothers-in-law, William Thomas “Tom” Yow, Rondy Tedder, and Avery Paige Jenkins; his nephew, Avery Tracy Jenkins; and his father and mother-in-law, Howard Earl Rhyne and Varina Willet Rhyne.

Carl is survived by his wife of 58 years, Marilyn “Boots” Rhyne Kerley; his daughter, Carla Kerley Keever and son-in-law Eric Keever; his grandchildren, Courtney Goble, Parks Keever, and Samantha Keever, all of Statesville; sisters, Alta Mae Kerley Jenkins and Geraldine Kerley Tedder, both of Taylorsville; his only surviving aunt, Estelle Blankenship of Hiddenite; his sister and brother-in-law, Joyce R. and Dale Byers; and brother and sister-in-law, Wayne and Susie Rhyne; his many nieces, nephews, and cousins; and his very special friends, David McLelland, Pierce Bolin, Donald Grant, and Jerry Mayberry.

Funeral services will be held at 3 p.m., Friday, November 15, at White Plains Baptist Church in Taylorsville, with Rev. Tony Daniels officiating. Burial will be in the church cemetery. The family will receive friends at the church from 1:30-2:45 p.m., prior to the service.