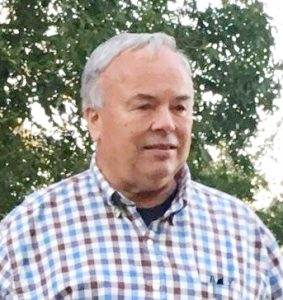 He was born August 24, 1948, in Hickory, to Marion Padgett Wallace and Geraldine (Stowe) Wallace-Perry. He was a 1966 graduate of East Tipp High School and served his Electrical Apprenticeship through IBEW Local 668 in Lafayette, Indiana. Donald worked as a service electrician for IBEW Union 668 from 1967 until his retirement in 2009. Along with the union, Donald was a member of the Rossville Presbyterian Church since 1974. He participated in Boy Scouts of America with his sons since 1983. He enjoyed tinkering, making, and fixing machines, helping people, and loved spending time with his family, especially his grandchildren.

He was preceded in death by his father and sister, Connie Wallace.

Visitation will be held, 4-7 p.m., Friday, November 22, 2019 and Saturday November 23, from 10 a.m. until the time of the service at 11 a.m. at Rossville Presbyterian Church. Pastor Mike Lyles will officiate. Burial will follow at Rossville Cemetery.

Memorial contributions in Donald’s honor may be made to Rossville Presbyterian Church.

Online condolences may be made at www.gendafuneralhome.com.