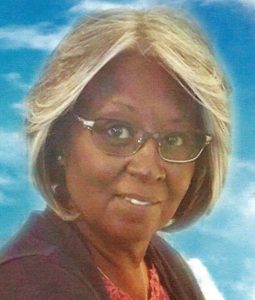 Mamie Louise Rowe Wilson, 65, peacefully departed this life on the evening of Saturday, November 16, 2019 at her residence.

She graduated from Alexander Central High School in 1972 and was an excellent student and received high marks on her grades. Mamie was employed as the daytime manager at Giovanni’s Pizza in Taylorsville and worked there for 34 years. Additionally, she was a skilled seamstress and her red velvet cake and banana pudding were unparalleled.

Mamie joined St. John Baptist Church at an early age and enjoyed working in the church and singing in the chorus. She often spoke of God’s goodness, showed love to everyone she met, and was always quick to give a hug and a word of encouragement to anyone who needed it. Mamie was a member of the Solid Rock Chapter of the Eastern Stars since August 29, 1992.

Adams Funeral Home and Cremation Services is honored to be serving the Wilson Family.