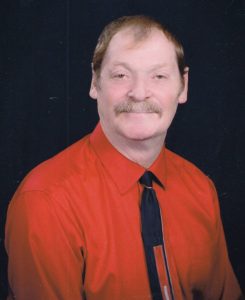 Born to the late Alvin and Lois Barger Arrowood, Donald served in the US Army during the Vietnam era, was a member of Liledoun Baptist Church, and was an avid fisherman.

In addition to his parents, Donald was preceded in death by his sister, Tina, and a brother, Steve.

Those left to cherish the memories of Donald include his wife of 13 years, Deborah Lynn Simmons Arrowood; a daughter, Donna “Dee Dee” Arrowood of Taylorsville; three brothers, Mike Arrowood of Hickory, Gary Arrowood of Bethlehem, and Sonny Arrowood of Conover; a sister, Kay Kasper of Michigan; two nephews that were like brothers, David and Wayne Arrowood; as well as a number of other nephews and nieces. Also left is his mother-in-law, Peggy Simmons of the home; two stepsons, Jason Clary (Brittany) of Hiddenite, and Chad Clary of Wilmington; and four grandchildren, Addyson, Bellamey, Arya and Jayce Clary. He also leaves behind man’s best friend, his service dog, “Buddy.”

Visitation for the Arrowood Family will be held at Liledoun Baptist Church, 2628 Liledoun Rd, Taylorsville, NC 28681 on Friday, December 27, from 5:00 p.m. until 6:15 p.m., with a memorial service following at 6:30 p.m. Rev. Jason Payne and Rev. James Bumgarner will be officiating.

The family requests that, in lieu of flowers, donations can be made to Hospice of Alexander County @ 50 Lucy Echerd Ln, Taylorsville, NC 28681.