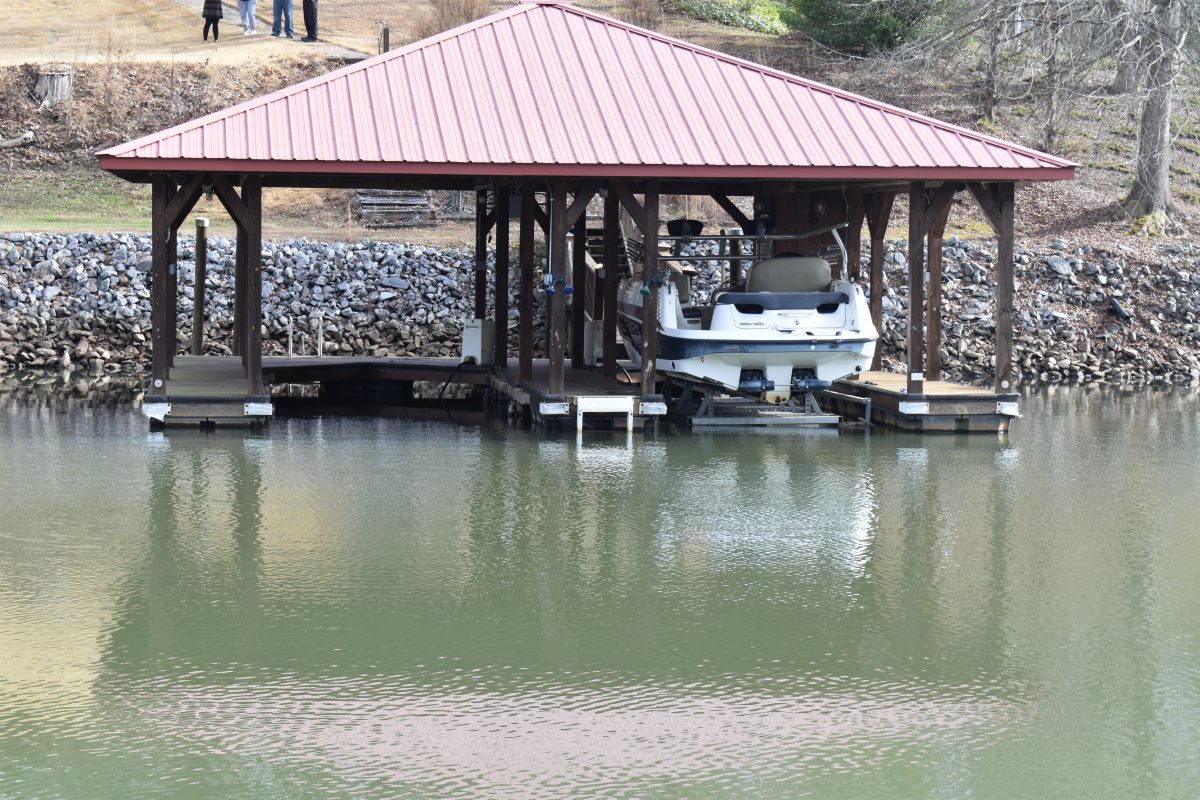 The photo depicts the location where the child fell into Lake Hickory on Dec. 27, 2019.

A small boy is safe today, thanks to heroic efforts from his brother and nearby construction workers who helped after the boy was in the frigid water of the Catawba River after Christmas.

On Friday, December 27, 2019, at approximately 11:15 a.m., Alexander County 911 Center received a call in reference to a possible drowning child in the water on Lake Hickory, said Sheriff Chris Bowman.

There were three men across the cove, who were working on remodeling a lake house. The men thought at first that they heard a cat screaming and then realized that it was a child screaming for help, with the sound coming from the water, Sheriff Bowman related.

The carpenters ran next door to a neighboring dock, where they could hear the child yelling “help me.” Scott Lingerfelt, one of the carpenters, then jumped into the water, fully clothed, and began swimming toward the child. Lingerfelt swam approximately 40 yards to reach the child. At the time, the water temperature was believed to be 45-50 degrees.

The child’s brother helped to pull the six-year-old from the lake, where he was then carried to Emergency Services personnel. The child was transported to Catawba Valley Medical Center, where he was evaluated.

Sheriff Bowman would like to thank the citizens for their help in saving the little boy’s life.

On January 7, 2020, Sheriff Bowman will recognize the citizens involved in this life-saving event at the Alexander County Sheriff’s Office.